New lease of life for station 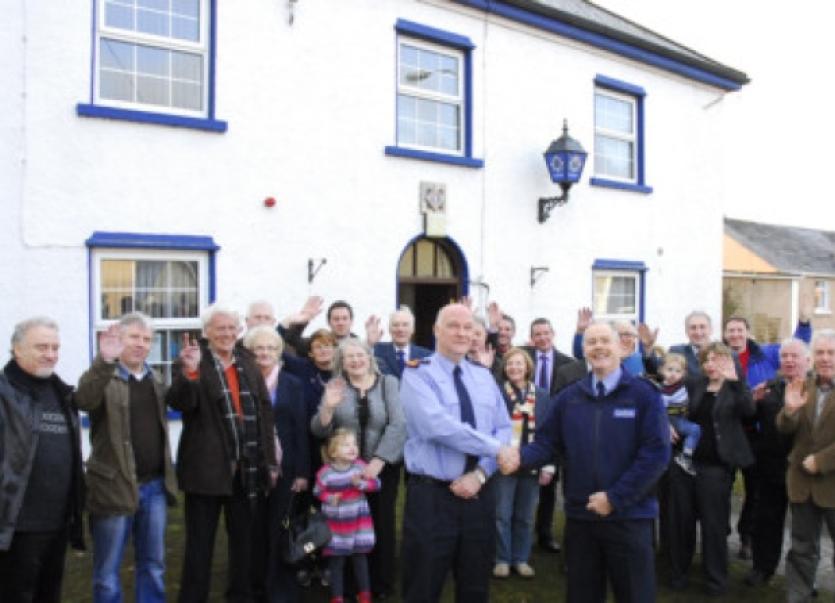 Dromahair is to be handed the keys of their historic Garda Station this Friday, July 19 under a community lease from the OPW.

Dromahair is to be handed the keys of their historic Garda Station this Friday, July 19 under a community lease from the OPW.

The former barracks in Dromahair is to be developed by two local community groups in a lease arrangement with the Office of Public Works (OPW).

Local Councillor John McTernan said he was “thrilled and delighted” with the good news. He explained that two groups are interested in the building, one is involved in the arts, festival and film and another is from the sporting world.

The groups viewed the building along with the OPW yesterday, July 16. If they think the station would meet their needs, “Junior Minister, Brian Hayes will hand over the keys this Friday afternoon” McTernan stated.

Cllr McTernan said the news is a great boost for Dromahair which has many closed up buildings on its Main Street. Dromahair Garda station is one of just three being handed back to communities after closing this year.

Cllr McTernan said since January 31 he has been “pushing for the building to be given to the community.”

The listed building had been continuously occupied since it was an RIC barracks in 1840. It had been totally refurbished five years ago. The leasing arrangements will run for at least five years, after which time they can be reviewed or extended.

Former Garda Stations in Cloone, Kiltyclogher and Drumkeerin were announced for disposal last week. It is not understood what the future holds for Dromod, Glenfarne and Keshcarrigan Garda Stations yet as other applications are pending.