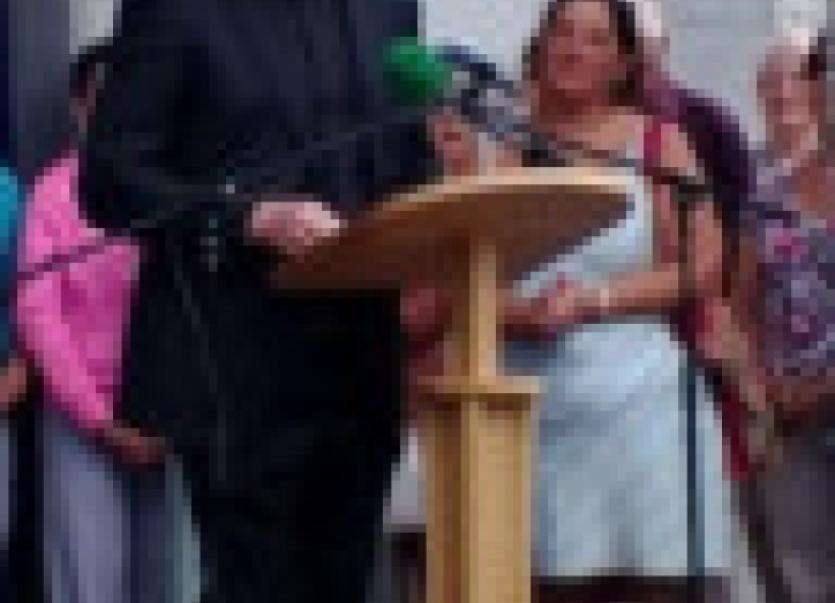 Fr Francis Duffy, a native of Templeport, Co Cavan who recently served as parish priest in Ballinamore has been named the new Bishop of Ardagh & Clonmacnoise.

Fr Francis Duffy, a native of Templeport, Co Cavan who recently served as parish priest in Ballinamore has been named the new Bishop of Ardagh & Clonmacnoise.

Francis Duffy was born on 21 April 1958 in the parish of Templeport, Co Cavan to parents Mary Catherine Dolan and the late Frank Duffy. He is the oldest of four children.

He attended primary school at in Bawnboy and completed his post-primary education at Saint Patrick’s College, Cavan.

Francis studied for the priesthood at Saint Patrick’s College, Maynooth and was ordained a priest for the diocese of Kilmore on 20 June 1982 in Saint Mogue’s Church, Bawnboy, Co. Cavan by Bishop Francis MacKiernan.

For eleven years Father Francis was on the teaching staff of Saint Patrick’s College, Cavan, where he taught History, Religion and Irish. Father Francis was appointed principal of Fatima and Felim’s Secondary School, Ballinamore, Co Leitrim in 1996.

After twelve years as principal Father Francis was appointed Diocesan Secretary and Chancellor. He had the additional responsibilities of Financial Administrator, Communications Officer and Archivist. Since 2009 Father Francis has been resident priest in the parish of Laragh, Co Cavan where he has remained until the present day.

The Diocese of Ardagh and Clonmacnois consists of nearly all of County Longford, the greater part of County Leitrim and parts of Counties Cavan, Offaly, Roscommon, Sligo and Westmeath.

Speaking after the announcement was made, Fr Duffy said: “I welcome very warmly Papal Nuncio Archbishop Charles Brown, Pope Francis’ representative in Ireland. Two weeks ago I was wondering what pastoral appointment I would get in Kilmore. A week ago I was considering a completely different scenario when Pope Francis, through Archbishop Brown, asked me to become Bishop of Ardagh and Clonmacnois.

“After my initial shock I accepted the Holy Father’s invitation. In doing so I am acutely:

- conscious of my unworthiness and of my limitations;

- conscious too of the weight of the historical significance of this wonderful diocese and its contribution to the life of the Church in Ireland up to the present day, but;

- I am confident in God’s grace and in the prayers and the support of the people with whom I will work.”

He said, “Naturally I am sad at leaving my own diocese and the priests and people with whom I have worked for over thirty years most recently in the parish of Laragh. However, I look forward to serving the people of God in the Diocese of Ardagh and Clonmacnois.

“People are the life blood of every parish. There are many people engaged in running and administering various activities in their parishes. Today I commit myself to serving and sharing in your enthusiasm and commitment to the life of the Church. I shall continue the Herculean efforts of Bishop Colm whose pastoral care for this diocese created a welcoming, safe place for children and compassionate Church – even during the most challenging of times.

“The story of Ardagh and Clonmacnois is long and distinguished in the annals of this country, a place of pilgrimage and mission dating back to the fifth century. The diocese is in three separate parts and spread over seven counties. So I think that a map and ‘sat nav’ will be necessary for a while! The diocese is characterised by communities with a strong sense of identity and a strong tradition of faith. I look forward immensely to gently moving into that flow of faith and practice in this modern 21st century diocese, a community of believers in the good news of the Lord Jesus.

Thank you for being here this morning, thank you for your welcome and I ask for your prayerful support now and in the future,” he concluded.