25th anniversary of the death of
John Joe McGirl 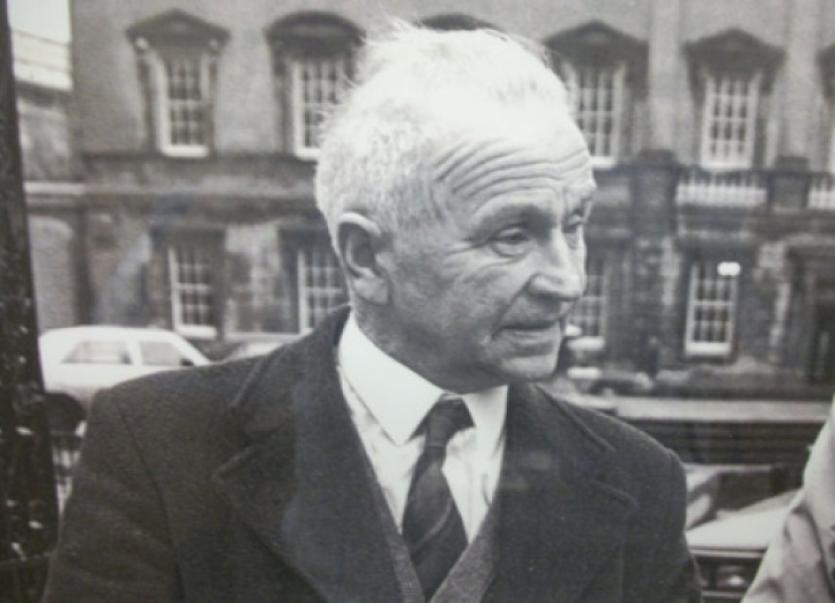 John Joe McGirl, the legendary Republican leader, died on 8th December 1988 and the 25th Anniversary of his death is being commemorated in Ballinamore next weekend with a number of events.

John Joe McGirl, the legendary Republican leader, died on 8th December 1988 and the 25th Anniversary of his death is being commemorated in Ballinamore next weekend with a number of events.

John Joe McGirl was one of the most famous and most respected Leitrim men of the 20th century.

As a republican he was known far and wide and his funeral, 25 years ago, was the biggest ever seen in Leitrim, a testimony to the standing he had at all levels.

This coming weekend his life will be commemorated and celebrated with a number of events in Ballinamore.

On Friday night, December 6, Cormac Ó Súilleabháin will give an illustrated talk on “The Life of John Joe McGirl” at 8.30pm in McGirl’s Public House. Admission to the talk is free and all are welcome.

This talk will be followed by a Traditional Irish Music Session in McGirl’s and there will also be the official launch of the John Joe McGirl Youth Society, a new republican youth group.

On Saturday night, December 7 there will be a function in the Standing Stone, where the three Sinn Féin candidates for next year’s local elections - Martin Kenny, Maureen Martin and Brendan Barry, will launch their campaign.

Sinn Féin’s Gerry Kelly, MLA will also launch his book ‘The Escape’ on the night. The book details the mass escape of republican prisoners from Long Kesh in 1983. Mr Kelly and 37 other IRA prisoners seized control of a wing of the infamous H-Blocks.

So come along and join us for a night of ceol agus craic. Everybody welcome.

The Anniversary Mass for the late John Joe McGirl will be held in St Patrick’s Church, Ballinamore at 11.30am on Sunday, December 8.