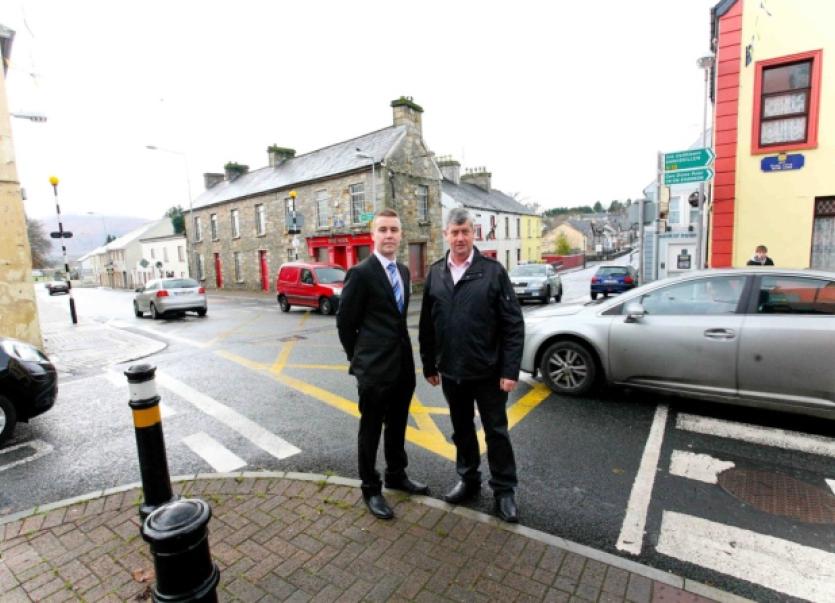 North Leitrim councillors have renewed calls for the National Roads Authority to address safety concerns around the junction known as ‘The Corner’ in Manorhamilton.

North Leitrim councillors have renewed calls for the National Roads Authority to address safety concerns around the junction known as ‘The Corner’ in Manorhamilton.

Cllr Frank Dolan put forward a motion at Monday’s Council meeting stressing the current arrangement with four stop signs was causing confusion. He asked that the Council revert back to have traffic on the N16 having the right of way.

His words were echoed by Cllrs Sean McSharry and Siobhan McGloin who said the location was “an accident waiting to happen.”

Director of Service, John McGuinness, acknowledged the junction was “difficult” but pointed out that there had been no accidents since the introduction of current measures. He said the Council were looking at putting a 30km speed limit at this location and could look at replacing the stop signs on the N16 with ‘Slow Down Major Junction Ahead’.

If this was not satisfactory the Council could look at moving the pedestrian crossing on the Sligo side of the junction further away from the corner and erecting barriers to prevent pedestrians crossing outside this area.

Cllr Dolan said it was clear something had to be done and he noted the NRA had treated local concerns ‘as a joke’.