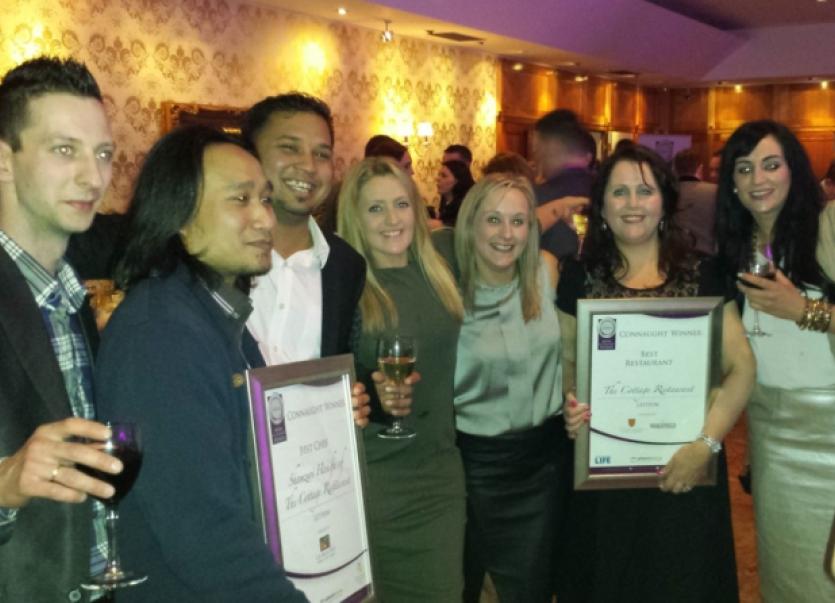 The Cottage, Jamestown came out on top again this year scooping the Best Restaurant in the county as well as Best Chef for Shamzuri Hanifa.

Over 250 restaurant owners and staff celebrated their hard work and achievements at the Awards, which saw many well-known restaurateurs of Connaught turn out to see if they had won one of the prestigious awards. All County winners now compete for the Regional and All Ireland Title which will be announced at the Irish Restaurant Awards in Dublin on Monday 9th June, 2014.

Shamzuri Hanifa from The Cottage took the Best Chef title in Leitrim and The Cottage also won Best Restaurant again this year.

Chief Executive of the Restaurants Association of Ireland Adrian Cummins said, “The credibility that these awards have is reflected in the amount of nominations they received this year- over 19,000 votes were cast across nine categories, showing that these are the awards that everyone wants to win.”