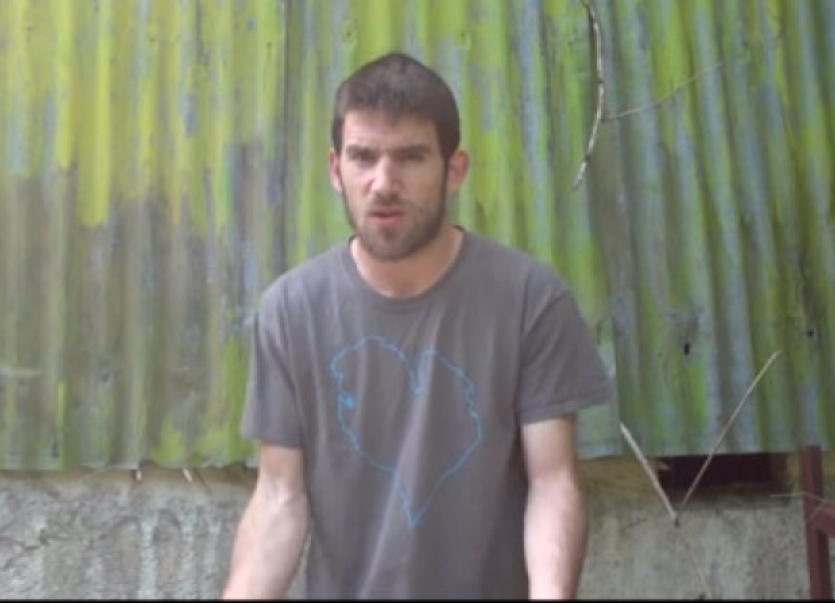 When you hear of someone going viral on the internet it is normally as a result of something either incredibly funny or daft.

When you hear of someone going viral on the internet it is normally as a result of something either incredibly funny or daft.

However, Manorhamilton poet Stephen Murphy has bucked that trend with a thought-provoking piece that last week captured the imagination of the 15,000 people that saw it.

Speaking to the Leitrim Observer in his home in Lurganboy, Stephen was attempting to take in the fact that his video had reached such an audience in such a short space of time but there was no fear of him losing any sense of perspective as his three week old son is ensuring his feet remain very much on the ground.

The video of Stephen reciting his poem ‘Was it for This?’ was recorded close to Lurganboy and was then uploaded to YouTube on Monday last, June 9.

In his five minute delivery Stephen questions much about the financial and political state of the country posing the question, was it for this?

The power of the internet meant it didn’t take long for Stephen’s video to make an impact and the following morning he received a message informing him he had made Gerry Adams cry!

Understandably such a message left Stephen slightly puzzled but as he explained, the following morning he realised the Sinn Fein president had taken to Twitter to post Stephen’s video to his 57.6k followers and then tweeted, “Stephen Murphy makes me cry!”

Stephen, who studied English and poetry in Wales has been surprised by the manner in which his video hit a nerve with so many people. Having completed his college studies Stephen, like many others throughout the country found himself looking elsewhere for employment and he emigrated to South Korea where he taught English but always felt a longing to return to Ireland and especially north Leitrim.

“I came back last May, I wanted to get back, there is something about it that can’t be killed, it’s a magical island.”

His comparison between the situation the people of Greece found themselves in and how the Irish reacted to the prospect of financial armageddon for the country is an interesting one.

“In Greece people were out on the streets. Maybe it’s a language thing but we just left. I went to Korea and I felt guilty for leaving a sinking ship.”

The life of a poet is not an easy one but Stephen takes great pride in his craft and has been humbled by the overwhelmingly positive feedback he has received.

“It takes bravery to do what I do,” he insisted, adding, “It has been an emotional whirlwind all week. Everybody has been overwhelmingly positive, it’s great. The piece resonates with people but I put a lot of work in and take pride in it.

“It’s lovely when people come up and say ‘I love what you’re doing’. It makes it worthwhile when someone says, ‘I appreciate what he’s saying’.”

While very appreciative of the positive feedback Stephen insisted his whirlwind week will not affect him saying, “It’s not in my nature to get carried away but it is lovely that people related to it because it is the way I feel about the island.”

When discussing why he feels his poem has stuck a chord with so many people and it is obvious from reading the comments posted on YouTube that the response has been very favourable, Stephen quoted the late English poet Adrian Mitchell who said, “Most people ignore most poetry because most poetry ignores most people.”

It is clear that Stephen has a voice that is crying out to be heard and his rhythmic delivery is also something that quickly grabs the attention of the listener. Given the quick pace of its delivery it wasn’t surprising when Stephen revealed he is close to completing an album of his work having collaborated with Drumshanbo based The Archaic Revival.

A conversation with Stephen reveals a man with a desire to question why the country suffered the economic collapse rather than simply accept it. If you would like to discover more of his work simply visit www.thesleepingwarrior.wordpress.com/publications or www.facebook.com/thesleepingwarrior

Click here to see Stephen reciting ‘Was it for This?’