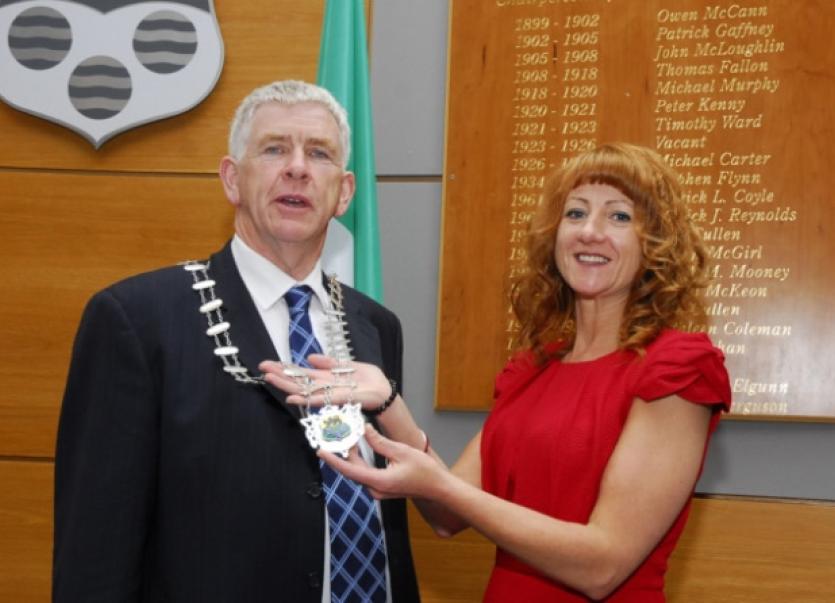 Cllr O’Rourke was nominated by Cllr Caillian Ellis while Cllr Martin Kenny was nominated in a counter proposal by Cllr Padraig Fallon.

Winning the vote, Cllr O’Rourke said that he was very aware of the callibre of Cathaoirligh who had filled the position before him but was committed to carrying on their fine tradition of public service. He acknowledged that the reduction in councillor numbers would mean an increased workload but said he believed that everyone would work towards the betterment of their communities and the county.

Cllr Sinead Guckian was subsequently elected to the position with a majority vote.