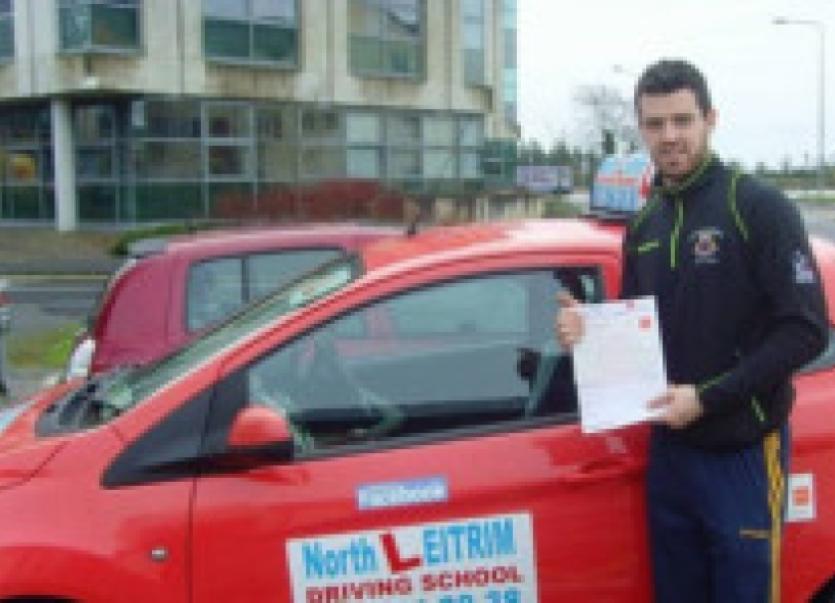 It is fair to say the last week has been eventful for Drumkeerin’s Peter Noel McHugh as he has come to terms with being an internet sensation.

It is fair to say the last week has been eventful for Drumkeerin’s Peter Noel McHugh as he has come to terms with being an internet sensation.

Last week his son, Feilim, passed his driving test and returned to his waiting father, informing him the test had been failed.

With Feilim and Peter Noel talking about the test in the vehicle, what Peter Noel didn’t realise was that the entire conversation was being filmed on Feilim’s phone.

The subsequent exchanges, with plenty of expletives, has proved to be a huge hit and to date the video, which was originally uploaded to Facebook, has been viewed on YouTube in excess of 3.2 million times.

Talking to the Leitrim Observer about his week in the spotlight, Peter Noel said, “I was at the butt of a joke! I didn’t see it until Thursday,” adding, “I’m still in the dark as to where the funny side is.”

With the video proving a hit in every corner of the globe Peter Noel insisted becoming an internet sensation was something he never envisaged.

“For some people it is their dream to travel the world on the internet,” and when asked if it was a dream he ever held, he replied, “certainly not.”

By his own admission Peter Noel wasn’t best pleased when he first became aware of the viral video joking, “For the first few days I wanted to wring his neck but he was down in Limerick.”

However, Peter Noel insisted he is very proud of Feilim, who is studying woodwork teaching in UL and pointed to pictures of his son having won an All-Ireland medal in metalwork for his Junior Cert, a construction award when he was studying for his Leaving Cert and a picture of his success with the Drumkeerin football team.

“Those pictures are worth more than 10 million views on YouTube,” he said.

Peter Noel also revealed he and Feilim were asked to appear on the Late Late Show but he declined the offer, feeling it would be inappropriate to to be on the show while the father of Jonny Byrne from Carlow talked to the nation about the dangers of the neknomination craze.

The copyright to the video was sold to Junkinmedia but while viewing figures can turn into cash it is feared Feilim’s deal may not have been signed in time and the potential may not be realised.

Having generated millions of views and laughs and started as many discussions around the world Peter Noel insisted the reaction locally has been equally favourable, joking, “Well, none of them came kicking down the door to me!”