Council passes motion of no confidence in Irish Water 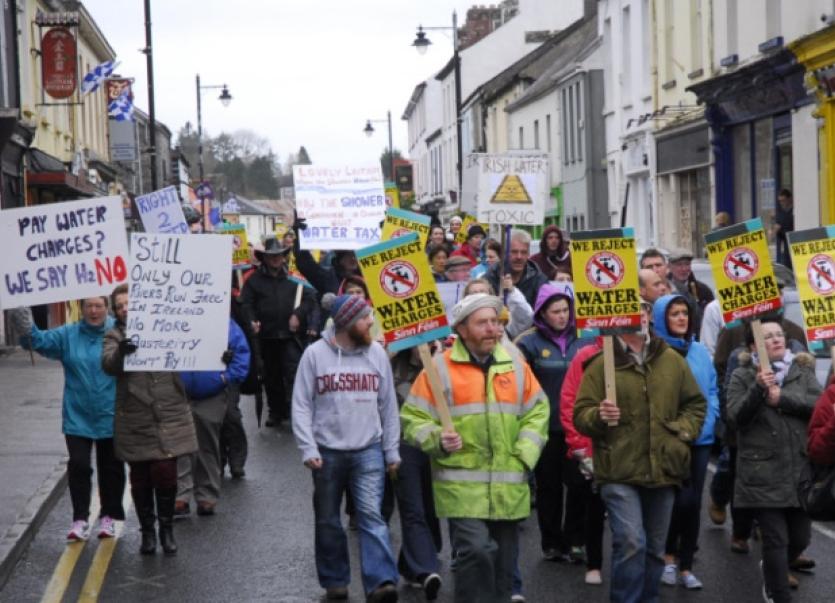 Leitrim’s County Councillors have passed a motion of no confidence in Irish Water.

Leitrim’s County Councillors have passed a motion of no confidence in Irish Water.

Sinn Féin Councillor, Martin Kenny, put forward the motion at Monday’s bi-monthly Council meeting. The motion stated that Leitrim County Council had no confidence in Irish Water “as it is totally discredited and not fit for purpose. It is unaccountable to the Minister and therefore to the Orieachtas and the Citizens of this State”.

Although time restrictions at Monday’s meeting prevented a full scale discussion on the motion, it was agreed to pass it.

Speaking to the Leitrim Observer following the meeting, Cllr Kenny said it was obvious that there were very strong objections to Irish Water and the way it was dealing with the introduction of water charges.

“In Co Leitrim over 40% of householders get their water through Group Water Schemes and the people behind these schemes have worked very hard to provide services for themselves. They now feel that this has all been taken asunder. They feel that they have been taken over by an entity that nobody has any control over. Irish Water is a runaway junket,” he told our reporter.

Last week a number of councillors walked out of a briefing by Irish Water.

“At that meeting we were given no real answers to anything. We were just told the same line that we have been told for the last few years. A lot of the councillors there left in disgust,” acknowledged Cllr Kenny.

He noted that Irish Water representatives may have apologised for “communicating badly” with bodies such as Local Authorities, but Cllr Kenny said it was unacceptable that Leitrim County Council and its councillors were forced to find out “what Irish Water are doing after they have done it”.

Cllr Kenny insisted that there was no reason why the goals of Irish Water such as solving leaks, achieving parity of charges etc, could not have been achieved by retaining the previous service provision through Local Authorities.

“I think it is clear to everyone through the protests at the weekend and through the level of anger out there about Irish Water, the way it is being run and the bonuses that have been paid, that Irish Water, as an entity, is a complete failure. We have already wasted enough taxpayers money on this body. A line needs to be drawn and we need to stop this now,” said Cllr Kenny.

“The will is there. The people are saying no. It is time that the Government listen.”