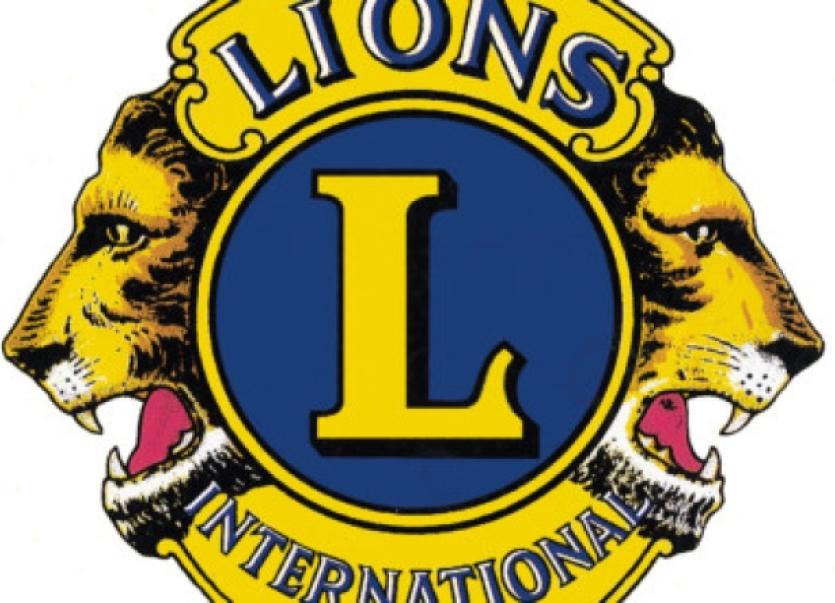 Three new members were welcomed at the meeting: Seamus Gallagher, Jonathon Pugsley and Enda Stenson which now bring the total membership to 26.

The Christmas Food Appeal takes place this year in Tesco stores in Carrick-on-Shannon and Ballinamore on Friday 5th and Saturday, 6th December.

This is being held in conjunction with all St. Vincent de Paul Conferences in Co Leitrim who will distribute what is collected to those who most need it.

The collections will take place from 10am-6pm and shoppers will be greeted and asked to purchase a non-perishable food item or items and drop it into our trolley. Keep in mind families with young children, as well as the elderly. Thank you in anticipation for your support.

We thank Lion Joe Dolan of The Bush Hotel who made a donation of €200 to the Lions Club.

We also acknowledge the kind anonymous donation of €500 from a local community group to the club.

A 60th birthday party to be held in Lough Rynn Castle in December will ask attendees to make a donation to Leitrim Lions Club in lieu of presents. Thank you to the lady involved for your kind support.

Well done to Lion Robert Cullen on organising another night of country music and dance which was held in The Bush Hotel last Bank Holiday Saturday. Robert is planning another event to take place in early 2015.

The Lions Club is to sponsor up to 2,000 leaflets which will hopefully be delivered to schools in Co Leitrim for distribution. Thank you to Lion Jonathon Pugsley for his kind donation towards this.

The next meeting of Leitrim Lions Club will be in The Bush Hotel, Carrick-on-Shannon on Thursday, November 27th at 8.30pm.