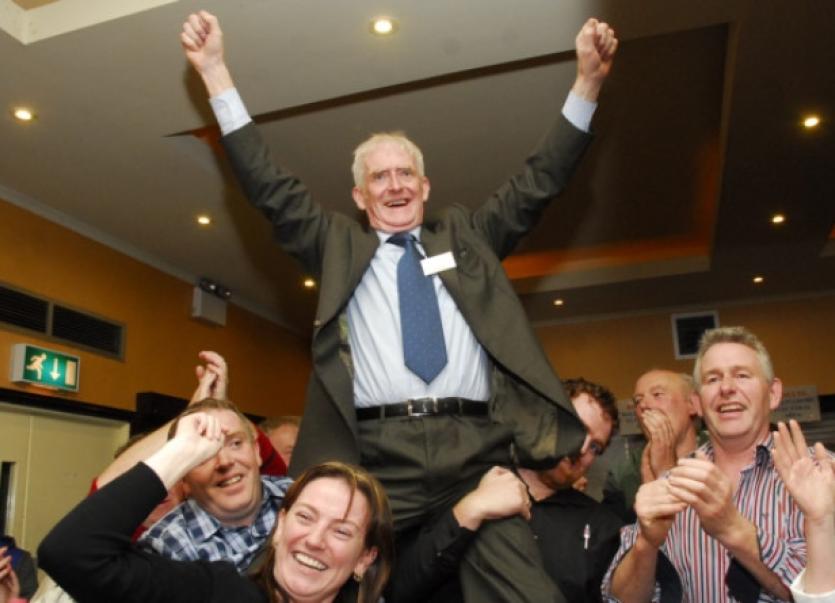 Returning Councillors Gerry Dolan, Martin Kenny and John McCartin give their reaction to being re-elected at the count.

Returning Councillors Gerry Dolan, Martin Kenny and John McCartin give their reaction to being re-elected at the count.

Cllr Gerry Dolan, was in jubilant mood after the count. “I proved them wrong again. I lost a big area by losing the Dromahair Electoral Area. Quite a few people had me counted out but I started campaigning as best I could, a good, clean campaign. I got votes in every polling booth on the ballot paper,” he said proudly.

The independent councillor said, “Some people have said already that we have Drumshanbo town without a councillor. That’s wrong, I have done as much for Drumshanbo town and surrounding areas as I have done out in the country. I work for everybody alike, I treat them alike regardless if they are country people or townspeople,” he said.

He also called for unity in the new council. “It’s going to be a very changed council. Work together, unite and work for the betterment of Leitrim, that was always my policy and always will be,” he urged fellow councillors. He concluded by thanking everyone for their support, including his committee, his wife, family and friends.

Sinn Féin’s returning Cllr Martin Kenny speaking about the gain for Sinn Féin said, “It is a huge achievement and we are delighted with it and it sets a foundation for further great achievements in the future.”

He concluded, “No longer are we classed in the smaller party category, we are one of the larger parties just like the rest of them.”

Fine Gael’s Cllr John McCartin said he was relieved to be elected, “I can’t say I’m in much mood for celebration when I see some of my colleagues who failed to get elected today. You see people who are hard working, who are intelligent, who gave it everything and fell by the wayside for no good reason and I have to say I’m hurt for them. It’s been a long day, it’s been a long six or seven months for us in Fine Gael. We fought in the Ballinamore electoral area a contest for nomination and then a long bruising campaign with a lot of discussions on the doorstep. A lot of people had things to say to us. I’m relieved to have it past me but I can’t say I’m satisfied with the result around the county and around the country for us.

“People vented their frustration on the doorsteps but they weren’t rude, they were dignified and they have shown us today, they have sent a message. It’s like an in-house exam, the local election doesn’t change the government and people are more likely to do something extreme in a Local and European election.

“Leitrim County Council is going to be a very strange place to work in the next five years. There are a number of possible combinations, some of them will work and some of them definitely won’t work. This is going to be a great council from a media perspective but a very unproductive one in my mind.”