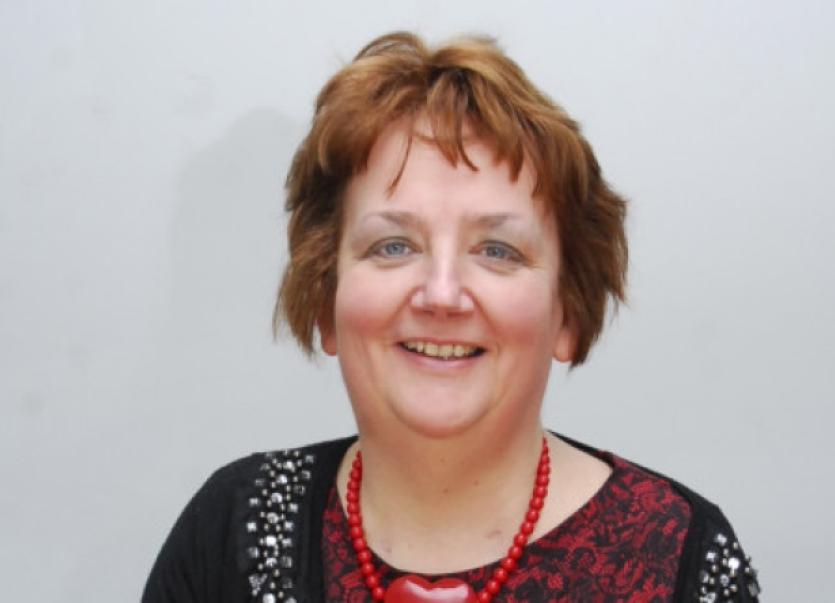 In the lead up to Organ Donor Awareness Week which takes place March 28 - April 4, a Carrick-on-Shannon woman who received a kidney transplant in November of last year has spoken about her struggle with End Stage Renal Failure.

In the lead up to Organ Donor Awareness Week which takes place March 28 - April 4, a Carrick-on-Shannon woman who received a kidney transplant in November of last year has spoken about her struggle with End Stage Renal Failure.

Annetha Kieran-Loughran, a Guidance Counsellor at St Clare’s College in Ballyjamesduff was diagnosed with renal failure in November 2008 after she suffered a total shutdown of both her kidneys. Having felt unwell shortly after returning from a trip to America, Annetha visited the doctor on a few separate occasions before being rushed to Sligo Regional Hospital where her six year struggle began.

End stage renal failure occurs when the kidneys are no longer able to work at a level needed for day-to-day life. Annetha suffered this because of a rare autoimmune disorder she had called Anti-GBM (Glomerular Basement Membrane), where your body basically rejects its organs.

Annetha, who now lives in Drumsna says:“You take things for granted sometimes. You don’t realise how much work the kidneys do until they fail. They regulate heartbeat, filter and clean your blood and produce EPO (Erythropoietin) to stop you becoming anaemic.”

Speaking about the months leading up to her diagnosis, Annetha describes her distressing symptoms. “Looking back, I had been feeling unwell. The day I came back from America (early 2008) I noticed my ankles had swollen and a few weeks later, I woke up with rashes all over my limbs.” Concerned, Annetha attended a doctor’s surgery in Carrick and subsequently discovered she had Purpura, which is linked to kidney problems.

It wasn’t until October 2008 that Annetha fully understood the mass of her problem. Having felt unwell with headaches and a nauseous stomach, she returned to the doctor for a check-up. “It went on for a few weeks and what threw the doctor was that my blood pressure was normal, which is actually abnormal for anyone with kidney problems.”

Following blood tests, she received an urgent phone call requesting her to present herself to Sligo Regional as soon as possible. Having spent a few days in Intensive Care, she was then transferred to Letterkenny where it was discovered she had Anti-GBM. Annetha was on the move once more as she was placed under the care of Dr Colm McGee of Beaumont Hospital who was the resident Anti-GBM specialist.

One of the toughest aspects of suffering with renal failure is the dialysis. Those who are lucky enough to have never needed it cannot explain, so Annetha will.

“It’s hard. I was on Haemodialysis which didn’t make it any easier or harder. But you lie on a bed connected to the machine for a couple of hours three times a week and it’s not just the dialysis.

“It’s the travelling to and from the hospital and the complications that come with it. You’re on a number of medications and you have to supply the nurses with fluids which can be very difficult.

“You are restricted to what you can eat or drink and you must avoid processed foods, salts and high potassium foods. You can only drink one litre of water a day because you’re urinary output is restricted. If you wanted potatoes, you had to double-boil and you were not allowed bread because of the bran.

“You’re missing all the nice things really! The medication is tough. You have to take big bullet tablets when you do eat. I was feinting a lot at the start because of my low blood pressure which I have anyway and certainly did not help.”

Her social and family life was also disrupted with her visits three times a week to Cavan General as life became unpredictable. “You can’t really be spontaneous and do something like plan a few days away either. I’d have to plan ahead and have early dialysis and it’s very hard at times.

“We would be leaving work and the Principal will wish everyone a nice evening. I found myself thinking, ‘Hmm..do I have another day in work ahead of me?”

Despite the hardships that came with her situation, Annetha admits one advantage was the support of her family, friends and the local community.

“I was lucky. I have a cousin in Cavan who lives just outside Cavan and she was great. She saw me at my worst, through all my different complications. I also had great support from the Carrick area with cards from what must have been every family in the town. I greatly appreciated it!”

Annetha was sleeping in her cousin’s house the night she found out there were two kidneys available. She recalls: “My cousin tells me that the last thing I said to her before going to bed was: “I’m so sick of this dialysis. I’m after giving out to the universe and I hope the universe will come back to me soon.

“So I went to bed and my mobile went off at about 2.30am. Normally with private numbers I don’t answer but for some reason I answered. It was Aileen from the transplant pool to tell me they had a kidney for me. So I went straight away to Beaumont. You don’t have time to react, you just have to get up and go even if it was half two in the morning. You don’t know if you want to get sick, or cry or laugh. We got to Beaumont and I rang the door and all I could say was “Hello, I have to get in!”

Nothing was guaranteed at this stage however as Annetha explains: “You don’t know if you’re definitely going to receive the kidney on the day because they’ll call up to six people but will only give the kidney to whoever would be the best match. “I was fortunate that night because only two were called and I was the first person. The other person was coming from west Cork.”

Fast forward to several hours later and to 7.30am on the morning of November 20 last. Following tests, the resident Consultant Transplant Surgeon Miss Little, informed Annetha and her husband John that the donor kidney was a good match. “After some cross-matching we knew it was a good match so I had two hours dialysis and I was told the match was almost as good as if it was a member of my family.

“You’re on tender hooks. You’re grateful but you can’t help but think about the family who lost someone in order for me to receive the kidney.”

The surgery got underway shortly after midday and as good news as possible was delivered to Annetha immediately after she came to. “I remember Ms Little telling me that as soon as she connected the kidney it started to work. So I just started to cry because it doesn’t always happen like that.”

Things went well for Annetha in the immediate aftermath following the procedure. The only negative was the varying ranges of extreme emotions she would experience because of the effects of the strong medication she was on. “I think because of the medication, it drove me crazy. The steroids they gave me post-op meant that If I heard good news I’d cry and if I heard bad news, I’d cry.” Annetha then underwent two tough weeks of physio in order to get her body accustomed to the changes it had underwent.

And although the light at the end of the tunnel was coming ever closer, Annetha experienced one or two more stumbling blocks.

“It didn’t all go smoothly. I had a stent inserted following surgery and had it out the day before I left. The day after I left hospital I didn’t feel well on my left side.”

“It turned out that there was leak coming from where the stent was so another one had to go in. I had problems with my bowels and a few other complications.”

Having had another stent inserted, another nine days in hospital were to follow as a close eye was kept on Annetha’s recovery. But on December 17 last she was given the green light to return home in time for festive celebrations with her family.

“We had a great Christmas. It was very emotional at times for obvious reasons especially at Midnight Mass on Christmas Day. I just kept thinking of the donor’s family and what they’d gone through.”

Annetha then returned to hospital on January 30 last to have the second stint removed. Uneasy times were experienced once again for Annetha and her family as she began to feel unwell in the aftermath of the surgery.

“The next morning, I just felt awful. I had stopped passing urine again so I was called back to Beaumont.”

It transpired that Annetha had suffered an infection but the surgeons were unable to establish where the problem stemmed from.

Fortunately and after a course of antibiotics, this particular problem was cleared and from then on, Annetha has been enjoying her life with brand new vigour.

“For the last six weeks I’ve been flying. I have more energy, more pep in my step”, she enthuses.

Annetha has encouraged anyone who has been affected by issues relating to organ transplant to get in touch with their local branch of the Irish Kidney Association.

“The Leitrim Branch of the IKA are a great help. I go along to the meetings and support where I can.

“I used to go to the meetings when I was diagnosed and all the members who have had the transplants were there. They were and still are a great inspiration to me.”

With the future in mind, Annetha is keen to mix both her personal and professional experience. “I would be prepared to go and talk to someone if they needed it. I’ve often thought of doing something on the counselling side.

“I remember the shock when I was diagnosed first. A lady came to see me at a time when I was not ready to engage. I remember thinking that this woman could not know what I was going through because although she was a renal nurse, she had not suffered renal failure.

“I also remember the nurses in Cavan telling me that they do not know what I was going through and only those who had renal failure knew. So I thought that maybe in Cavan if they need me to come in and talk to anyone, I would only be too happy to help.”