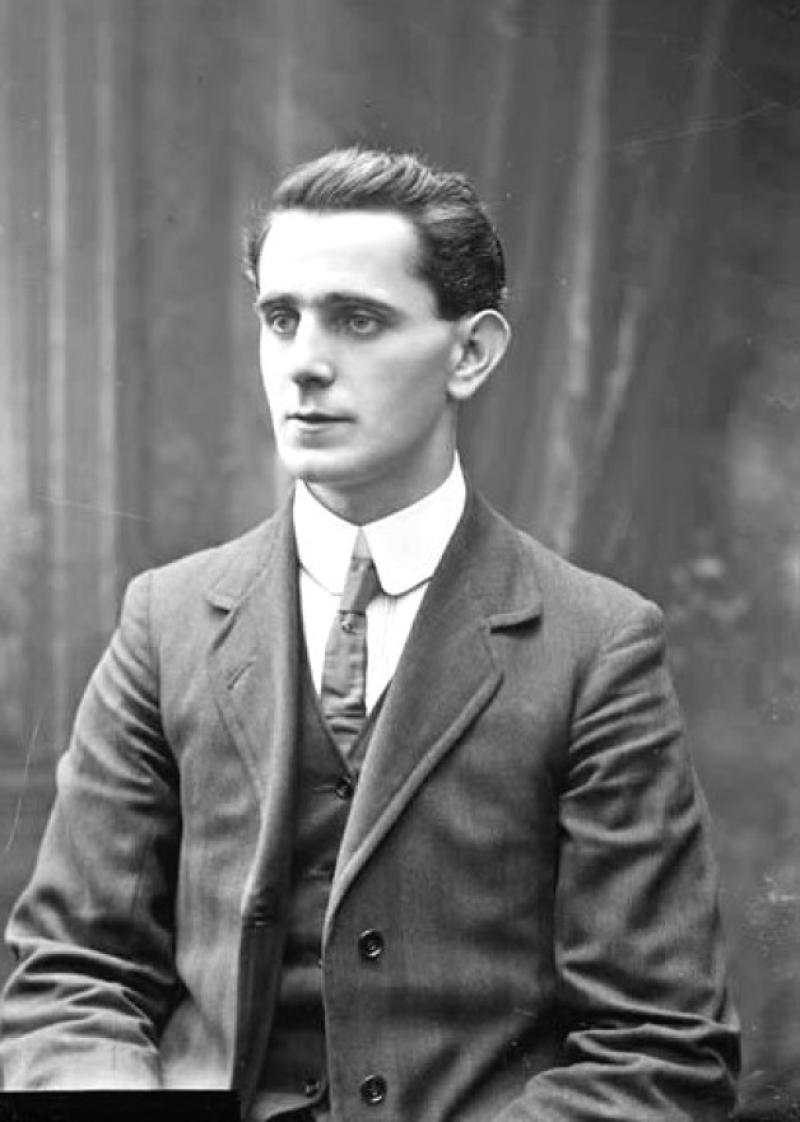 Kiltyclogher’s Sean MacDiarmada was a key man in the organisation of the 1916 Rising and almost 100 years on, reports from the Dublin Metropolitan Police will reveal that he was one of the top ‘extremists’ under close scrutiny.

Kiltyclogher’s Sean MacDiarmada was a key man in the organisation of the 1916 Rising and almost 100 years on, reports from the Dublin Metropolitan Police will reveal that he was one of the top ‘extremists’ under close scrutiny.

As Leitrim prepares to celebrate 2016 and commemorate the memory of the Proclamation Signatory Sean Mac Diarmada next year, more evidence of Mac Diarmada’s high ranking within the Rising is coming to light.

From June 1 2015 to Easter 2016 daily reports from the Dublin Metropolitan Police (DMP) will detail the movements of these so called ‘extremists’ from May 1915 to April 1916.

Over 230 individuals are referred to in the report, the primary person mentioned in almost every report is Thomas J Clarke, whose father was from Carrigallen. Close behind him is our own Sean MacDiarmada, who has previously been referred to as “the mastermind of the revolution.”

Seán MacDiarmada was a member of the Irish Republican Brotherhood, the Irish Volunteers and Sinn Féin, as well as being involved in the Gaelic League, the GAA and the Celtic Literary Society. MacDiarmada spent four months imprisoned in Mountjoy Jail (May to September 1915) under the Defence of the Realm Act. Following his release, he was instrumental in planning the Easter Rising as a member of the Military Committee of the IRB. As one of the seven signatories of the Proclamation, he was executed in the aftermath of the Rising on 12 May 1916. Mac Diarmada is mentioned in 113 of the 251 reports.

The reports detail intelligence gathered at a number of key city centre locations, interaction of suspects at these locations and attendance at meetings, as well as drilling and marching of Irish Volunteers.

Major events which took place in 1915 and 1916 are recorded in the reports, including the funeral of the Fenian leader Jeremiah O’Donovan Rossa (1 August 1915) and the Annual Convention of Irish Volunteers (31 October 1915). They also record the ‘annual pilgrimage’ to Bodenstown, Co Kildare, for commemorations at the grave of Theobald Wolfe Tone (19 June 1915).

Other activities recorded in the reports include anti-recruitment and conscription rallies, meetings of the Irish Women’s Franchise League, and protests against the imprisonment of revolutionaries under the Defence of the Realm Act.

The reports also contain copies of Nationalist newspapers, with attention drawn to ‘anti-British’ content, as well as pamphlets and election material. Publications include The Workers’ Republic, Ná Bac Leis, Nationality, The Hibernian, The Irish Volunteer, The Spark, Honesty and New Ireland.

The reports will be released on the website of the National Archives on a weekly basis, beginning 1 June 2015.

The Leitrim Observer will be gathering these reports and will publish a special feature on their contents in the lead up to the 2016 celebrations.