Ambulance taking up to an hour to reach scene 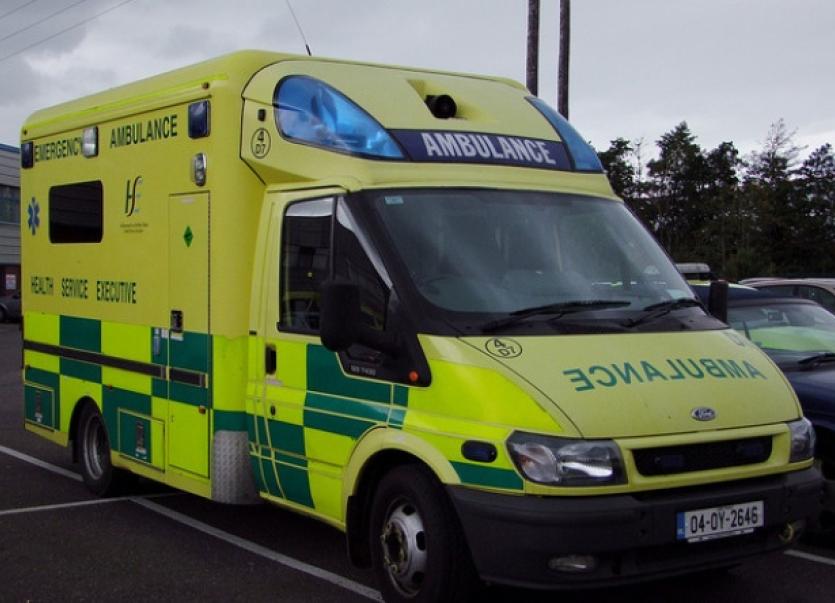 At the May meeting of Ballinamore Municipal District, Sinn Féin Councillor, Martin Kenny highlighted concerns over ambulance response times in South Leitrim which he claimed “are almost always well outside the 18 minute target arriving at the scene of an accident or serious incident”.

At the May meeting of Ballinamore Municipal District, Sinn Féin Councillor, Martin Kenny highlighted concerns over ambulance response times in South Leitrim which he claimed “are almost always well outside the 18 minute target arriving at the scene of an accident or serious incident”.

In a motion at Monday’s meeting, Cllr Kenny proposed “that Ballinamore Municipal District seek engagement with the Ambulance Service and the HSE regarding the response time to incidents in the Carrigallen, Cloone and Ballinamore areas.

“The ambulance stations servicing these areas of South Leitrim are all over 30 minutes travel time away and cannot possibly achieve the target response times, therefore a solution need to be found,” Cllr Kenny added.

He told the meeting, “The service is supposed to arrive at the scene of an emergency known as an ‘ECHO’ call, within 18 minutes and 59 seconds of being alerted. Everyone knows that the distance the ambulance stations are away from this area makes it impossible to achieve that target.

“If the ambulance was ready with the engine running in Carrick-on-Shannon when a call comes in and left that second and travelled even at 20% above the speed limit, it still couldn’t reach an incident in this area within 30 minutes,” maintained Cllr Kenny.

The Sinn Féín representative pointed out that some times were even longer as ambulances were not always available in Carrick-on-Shannon, meaning that a vehicle must travel from Boyle, Cavan, Longford or elsewhere to deal with incidents.

“There were two incidents in the recent past, one at Cloone and one at Ballinamore where the ambulance took almost an hour to get to the scene,” claimed Cllr Kenny.

“Indeed I want to extend my sympathy to the family of the cyclist at Cloone who unfortunately passed away and I also want to make it clear that I’m not suggesting the outcome would have been different if the ambulance was there faster.

“I understand this man suffered a heart attack and great praise is due to local people who carried out CPR and used the defibrillator attempting to save his life until emergency staff arrived.”

Referring to a separate incident in Ballinamore, Cllr Kenny noted that the local fire brigade were on-scene following a motor accident “within minutes”, but added that it took the ambulance almost an hour to arrive.

“The issue is clear, if the expertise or equipment that the ambulance brings is necessary to save a person and time is vital, this area is at a disadvantage. I am proposing that the HSE come to our next meeting in June with their proposal to solve this problem,” said Cllr Kenny.

The motion received unanimous support and the HSE will be contacted and requested to come to the June Municipal District meeting.