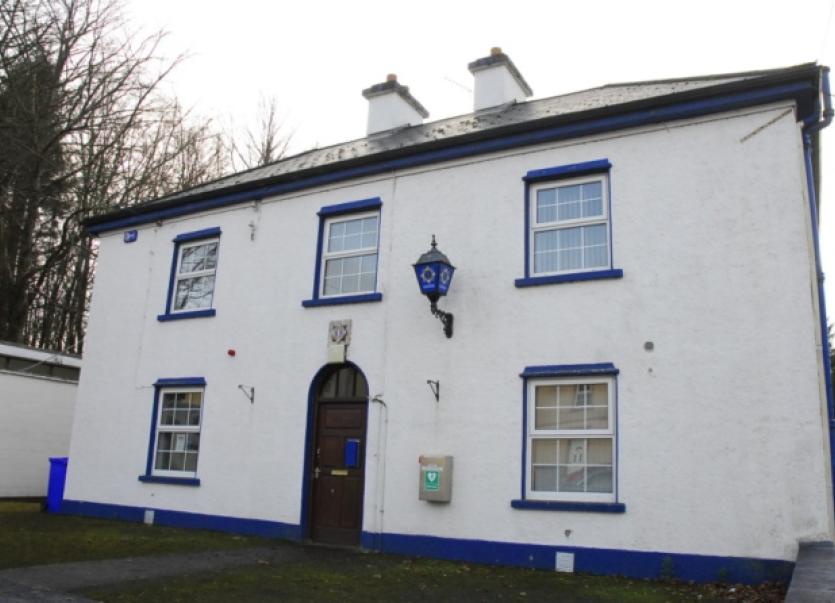 At a public meeting held in the Blue Devon last week the community of Dromahair were urged to unite together in an effort to ensure the Garda Barracks, which closed in 2013, is handed over to the community.

At a public meeting held in the Blue Devon last week the community of Dromahair were urged to unite together in an effort to ensure the Garda Barracks, which closed in 2013, is handed over to the community.

The Barracks committee have been offered a one year licence by the OPW but it was outlined, due to the costs that would be involved in renovating the building, one year would not be suitable for the needs of the community.

The primary obstacle with the one year licence is cost as the OPW is unwilling to pay for repairs.

It is estimated a feasibility study to determine the condition of the building would cost in the region of €15,000 while repairs could cost up to €200,000.

The meeting heard that Leader grants in 2016 will require 25% community funding making the one year licence an even more unenticing option for the committee.

The meeting outlined the efforts that have been made since the Garda Barracks closed and how a commitment was given, as was the case in similar towns and villages around the country, that the building would be handed over for community use.

Chairperson of the Barracks Committee, Teresa Butler, outlined the process the group have been involved in since February 2013.

After the committee initially made a representation to Deputy Tony McLoughlin, Minister Brian Hayes gave a commitment that the upstairs of the building would be available to the boxing club, who are currently without a premises, despite having 38 members and nine coaches.

However, the building was not licenced to the boxing club as the OPW said it had to be handed over to a registered community group rather than one organisation.

At this stage the help of DARC (Dromahair Area Recreation Centre) was enlisted, with the Barracks committee acting as a sub-committee of DARC but as the OPW refused to fund the repairs DARC said they couldn’t take on the project due to health and safety concerns.

Committee member Peter Kerins said, “We wouldn’t have got the application in without DARC. We totally appreciate the stance taken by DARC.”

After several public meetings the group disbanded due to disagreements, but former members were encouraged to come back and an agreement was reached.

As Keelan Finan from St Patrick’s Boxing Club explained, “We’re going to have the top floor until there is a shed out the back and then we’ll move out. We’ll still be involved with the Barracks Committee and the community in terms of fundraising.”

Giving an example of the difficulties faced by the Barracks Committee Keelan said, “Dromahair Development Association approached me about painting the outside of the building. I said, ‘we’re not in there but I’ll make a call.’ I was told if I went in I’d be trespassing.”

Teresa Butler gave an update on how closed barracks in other areas of the region are faring since the commitment was made that they would be handed over to their respective communities.

In Cootehall, the community were offered a five year licence but with the support of Deputy Frank Feighan have successfully negotiated a 10 year licence.

In Cliffoney, the OPW have offered a five year licence for a building that does not need repairs.

However, in Dromod the building is in bad repair and the OPW are refusing to carry out repairs meaning there is now a derelict building on the Main Street.

Committee member Johnny Gogan stated, “The Dromod case illustrates what happens when you walk away.

“The OPW said they would put it on the open market but they haven’t.”

The latest correspondence received from the OPW in relation to Dromahair stated they are prepared to licence rather than lease to DARC for an initial period of one year which may be renewed.

Cllr Mary Bohan stated, “The minimum is to try and get a 10 year licence,” while Cllr Frank Dolan said he would attempt to organise a meeting with Deputy Simon Harris who visited Kiltyclogher last Friday.

Cllr Felim Gurn stressed, “You don’t build this building without a 10 year lease. The Community Centre in Manorhamilton is just an example of what can be done.”

Prior to the conclusion of the meeting, those in attendance were asked what their preferred next step would be.

It was decided the best way forward would be to form a new committee which would be established as a limited company and inform the OPW that they will be not be accepting the one year licence.

On recommendation from the current committee it was agreed the group will continue to lobby the community and politicians for improved conditions from the OPW to enable the group to apply for state funding.

A further meeting will be held in The Blue Devon tonight, Wednesday, at 8pm and all members of the community are asked to attend.