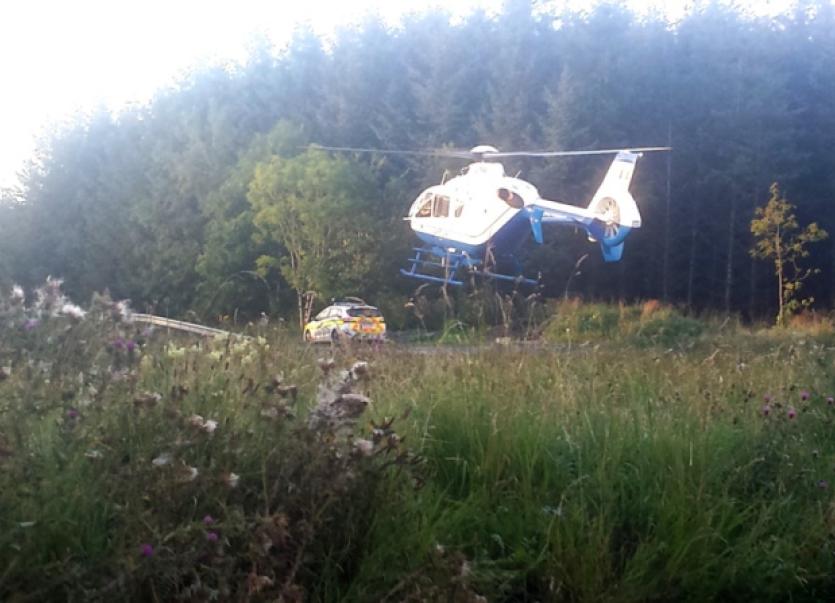 Supt Kevin English has praised the help of the local community following the detection of two youths on Tuesday morning.

Supt Kevin English has praised the help of the local community following the detection of two youths on Tuesday morning.

A significant operation saw the air support unit, regional response unit and dog unit search for three individuals who were sought having initially been detected in the Mahanagh area of Drumshanbo, near the Galley Bridge.

The operation saw the R280 closed for a period of time in all directions on Monday evening as the Garda helicopter landed on the road as part of the search.

The individuals were approached, with Gardai seeking to identify the driver of a silver, English registered Ford Focus that failed to stop at a Garda checkpoint on August 16.

One of the individuals, believed to be the driver, made good his escape on foot while the two others were arrested and were detained in Manorhamilton before appearing at a special sitting of Carrick-on-Shannon District Court yesterday evening.

One of the defendants was arrested in a nearby field at approximately 7pm while another was arrested in Dowra an hour later. The two arrested men, who are understood to be from the Dowra area are said to be aged 20 and 21 and are known to Gardai.

Supt English acknowledged the co-operation of the local community in the search, saying the detection was, “an excellent example of community co-operation.”

Supt English has issued an appeal to members of the public who may have any information in relation to this incident to contact Carrick-on-Shannon Garda Station at (071) 9650510 or the Garda Confidential line on 1800 666 111.