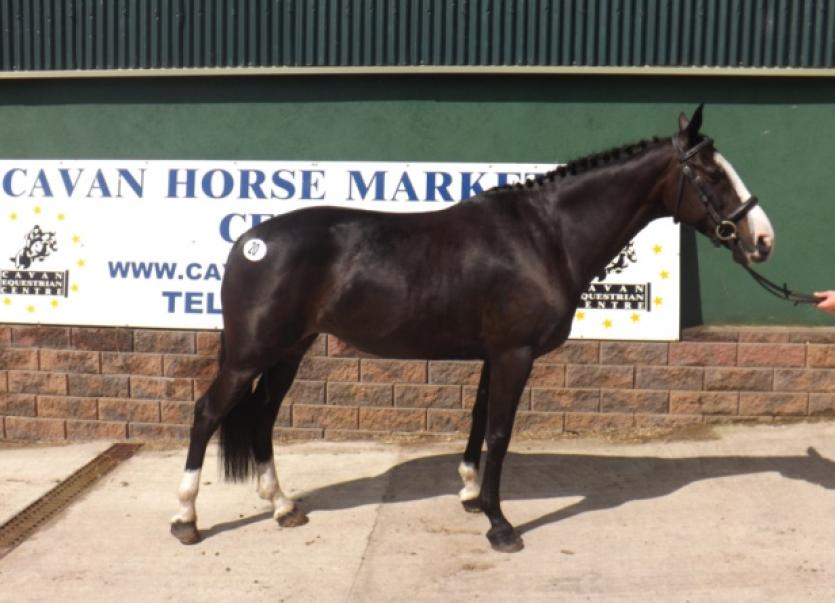 A showjumping pony from Mohill had everybody talking last week when it was sold for €13,000 at the Cavan Horse Sales at Cavan Equestrian Centre.

A showjumping pony from Mohill had everybody talking last week when it was sold for €13,000 at the Cavan Horse Sales at Cavan Equestrian Centre.

Named Mohill Magic, the eight year old dark brown mare is a Grade B Pony with 146 showjumping points. The owner was S. Mulligan from Mohill. Last year the pony qualified for Allianz Starfinder 6 and 7 Year Old and it also qualified to represent Ireland in CSI - YP 6 and 7 Year Old European Championship for ponies. Mohill Magic has been jumping with the same rider for last four years since she was a 4 year old and a video accompanied the catalogue entry showing off the pony’s fine jumping skills.

The international sale attracted a lot of sellers and buyers. The average price of show jumping ponies was around the €1,000 mark, so this particular sale caught a lot of attention.

Other horses were also sold from Co Leitrim for impressive prices.