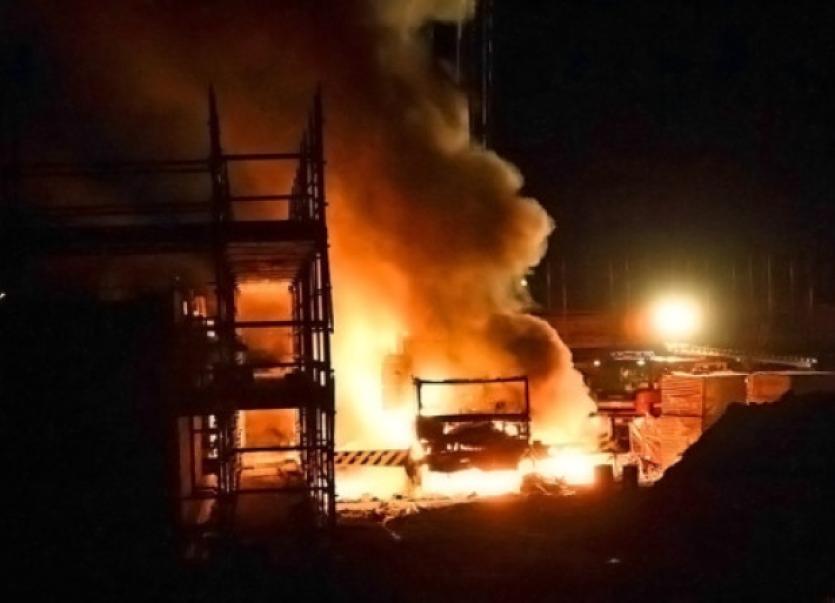 Leitrim’s County Councillors have unanimously condemned last week’s arson attack on the Quinn Group mobile crane in Ballinamore describing it as a “despicable” and “cowardly” act.

Leitrim’s County Councillors have unanimously condemned last week’s arson attack on the Quinn Group mobile crane in Ballinamore describing it as a “despicable” and “cowardly” act.

Raising the matter at Monday’s Council meeting, Sinn Féin councillor, Martin Kenny said that it was scandalous that the crane had been targeted at the site of a “new school that the community has been campaigning for 40 years for”.

“This act is deplorable and I want to make that clear. It is counterproductive to engage in this sort of thing and it has to end before someone is seriously hurt or killed,” he said.

Cllr Gordon Hughes agreed pointing out that those involved were not acting in the interest of the community or in the interests of those workers still employed by the Quinn Group.

“The company has said that they cannot sustain these repeated attacks and what will happen next is job cuts. All this vandalism is damaging our reputation and it “was only by the grace of God that someone wasn’t injured as a result of this”.

“I would urge those responsible to rethink what they are doing. They are not helping anyone by these acts of vandalism,” he said.

“Regardless what people feel regarding the whole Sean Quinn situation, that issue is now before the courts and it should be left for the courts to decide.

“The only damage that is being done here is to the Quinn Group itself and the company’s reputation, it won’t bring Sean Quinn back over the company, it won’t make any difference to the current regime over the Quinn Group and it isn’t realistic to think that by continuing these acts of vandalism that you’ll be able to force things to change.”

Fianna Fail Councillor, Caillian Ellis agreed that it was time those “engaging in this sort of behaviour quit it”.

“This sort of behaviour is not reflective of the wider community and it’s not right,” he pointed out.

The Cathaoirleach, Cllr Enda Stenson also added his words of condemnation describing the recent spate of vandalism against the Quinn Group as “despicable”.

“When it came before us as a Council we gave our support to Sean Quinn but we cannot condone this sort of behaviour,” he said.

Fine Gael party whip, Cllr Enda McGloin urged all groups in the local community, especially those in support of the restoration of the Quinn family to come and condemn these acts of violence.

“This is not the way that anyone wants to see this campaign go and I would urge everyone to condemn these attacks,” he said.