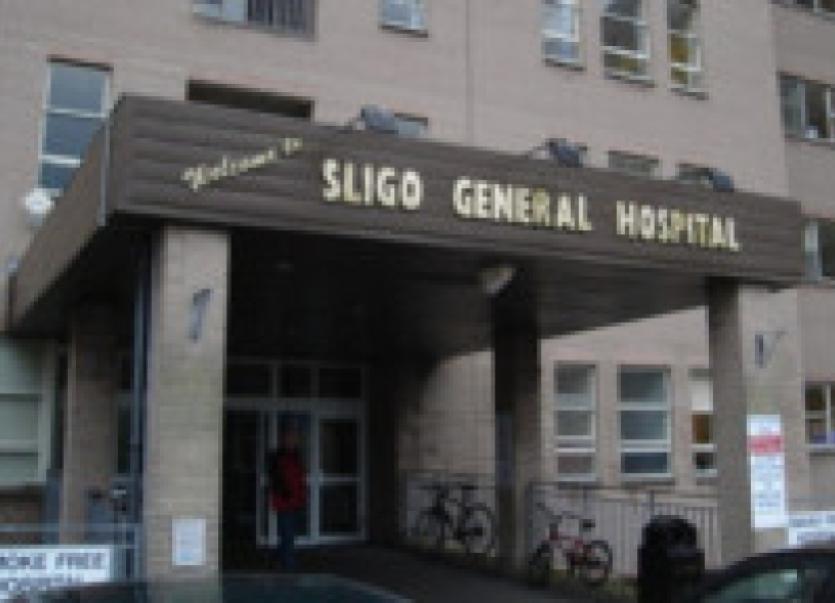 New Trolley and Ward Watch figures published by the Irish Nurses and Midwives Organisation (INMO) shows that there is severe overcrowding at Sligo General Hospital.

New Trolley and Ward Watch figures published by the Irish Nurses and Midwives Organisation (INMO) shows that there is severe overcrowding at Sligo General Hospital.

The figures published show that from March 7 - April 5 this year there were 123 people waiting on trolleys in Sligo, an increase on last year’s figures. The report also shows that 69 patients were placed on wards/ units which were over capacity in Sligo General Hospital during the same time period.

While the majority of hospitals reported a decrease in trolley figures this year, Sligo bucked the trend and increased it’s number from 113 in 2012 to 123 this year.

In the same time period Cavan Hospital had 64 patients on trolleys and Letterkenny had 48 waiting without beds. University Hospital Galway almost halved the number of patients waiting on trolleys from 353 in 2012 to 271 this year.

The INMO launched their new initiative called “Ward Watch” in an effort to measure hospital overcrowding. The Ward Watch figures count the number of additional patients, on beds, trolleys or chairs, on inpatient wards/units above the stated complement of that ward/unit.

This new Ward Watch count will, henceforth, be published daily in tandem with their long-standing Trolley Watch thus providing a hospital wide measure of overcrowding.

The INMO has decided to launch this new measure of hospital overcrowding as a direct result of continual feedback, from their members, that, in some hospitals, additional beds/ trolleys were being placed on inpatient wards potentially compromising the care of all patients through increased risk of cross infection and/or poor staffing levels.

The INMO said “our members are concerned about the loss of dignity and privacy to patients arising from this recurring overcrowding.”

In this four week period, since 11th March 2013, there have been a total of 1347 patients, on beds/trolleys, placed on inpatient wards above the stated bed complement of that ward.

The INMO is now calling upon the Minister for Health, Dr James Reilly TD, notwithstanding the pressures from the Troika, to increase bed capacity in every hospital regularly facing overcrowding.

While the overall reduction of 7% in Trolley Watch figures, since the same period in 2012, is welcome, this new measure confirms that serious capacity problems remain which must be addressed.