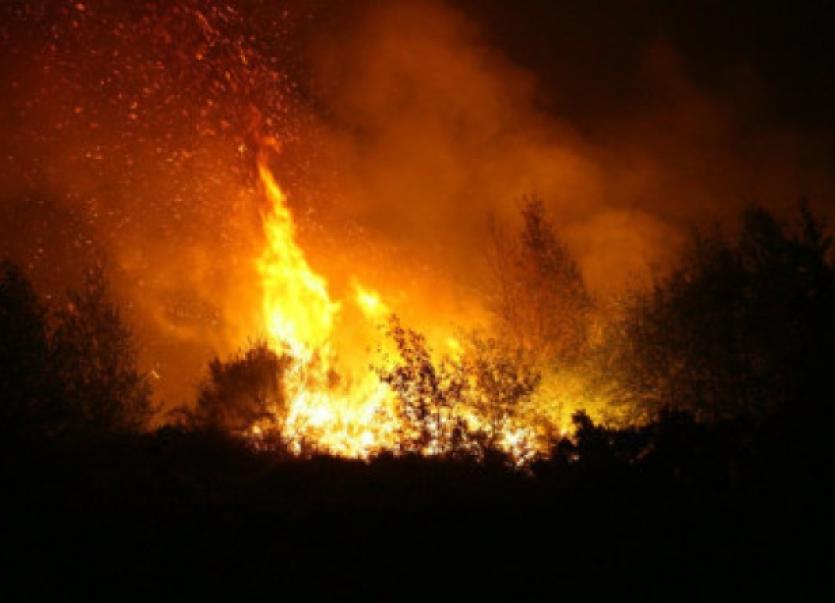 CO Leitrim’s Chief Fire Officer, Finian Joyce, has appealed to landowners to take every care and attention and ensure no fires are lit on their property, especially in the coming weeks.

CO Leitrim’s Chief Fire Officer, Finian Joyce, has appealed to landowners to take every care and attention and ensure no fires are lit on their property, especially in the coming weeks.

The County’s Fire Service has been inundated with reports of gorse and bog fires over the past few weeks, particularly in and around the Drumshanbo, Dromahair and Manorhamilton areas.

With local fire units also called in to assist with a massive bog blaze in Co Sligo, Mr Joyce said that resources were “extremely stretched” and he appealed for common sense to prevail.

“After the 1st of March it is forbidden, under the Wildlife Act, to light any fires and I have no doubt that the fires we have been dealing with in recent days have been deliberately lit,” he told the Leitrim Observer.

“Conditions are very dry at the moment with strong winds and so everything is ripe for these fires to spread and spread quickly.”

Two years ago thousands of hectares of land were destroyed by gorse fires and here in Co Leitrim one home was destroyed just outside of Dromahair.

“In 2011 we lost a home and hectares of land and forestry as well. Conditions are potentially worse now and we want people to use their common sense and not light any fires,” said the Chief Fire Officer.

“The problem is that most of these fires are being lit around dusk so the persons responsible are using the cover of darkness to hide what they are doing.”

Although some rain is expected over the coming weekend, conditions are expected to return dry and warm by the middle of next week and the fire risk will remain high.

Anyone who notices a fire should report it immediately to the fire services and landowners are reminded not to set any fires. If a fire is in your locality please do not travel to the location to view it as this not only poses problems with access for fire units it could, potentially, put your life at risk.

As a result of the fires Gardai in Manorhamilton have issued a reminder to people who may be walking in mountanious areas to be aware of the threat of gorse fires while the dry weather conditions persist.

The warning follows a number of gorse fires in the Dromahair, Drumkeerin and Tullaghan areas on Thursday and Friday last, April 4 and 5. It was reported that approximately 100 hectares was burned in the Kilavoggy region as a result of one such fire.