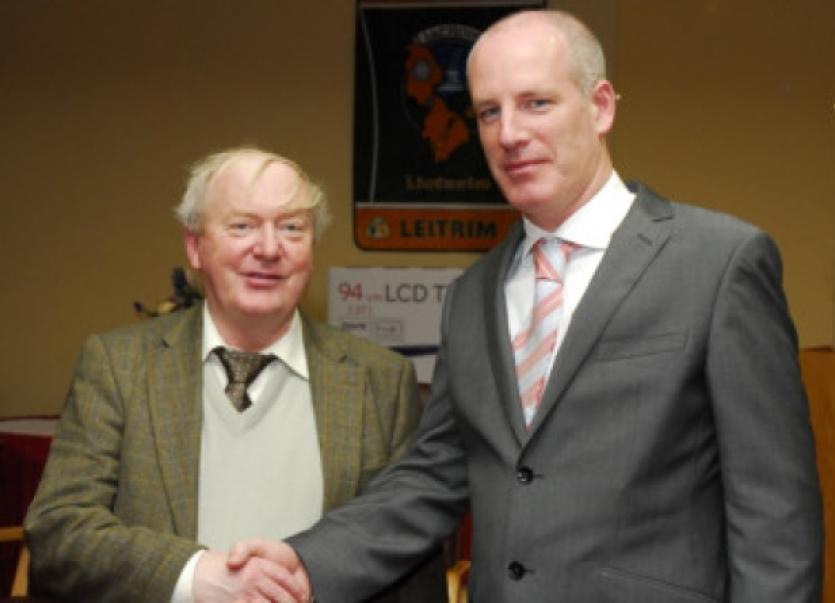 Next Monday, June 24 will be the last meeting of the county VEC committee, Leitrim VEC will merge with Sligo and Mayo to form a new ETB on July 1.

Next Monday, June 24 will be the last meeting of the county VEC committee, Leitrim VEC will merge with Sligo and Mayo to form a new ETB on July 1.

The historic meeting will see the return of former CEO John Blunnie and previous staff members as they join with the current committee to bid farewell to Leitrim VEC. Speaking to the Leitrim Observer this week Acting CEO Martin Fallon said although they had been informed that the new Educational Training Boards would take over from July 1st, it was a “surprise” to get the confirmation email last week. Mr Fallon said many had expected that the new ETBs would not form until next year, but as of July 1st VECs in Leitrim, Sligo and Mayo merge into one ETB.

The new Headquarters will be in Castlebar, Co Mayo with Joe McDonagh as the CEO. Carrick-on-Shannon will still have a sub office, with no change to staffing arrangements yet announced. Mr Fallon said people dealing with Leitrim VEC should notice no major change yet as details are still being worked out.

It is expected that the full Leitrim VEC committee will meet with Sligo and Mayo committees to work out their new format, elect a chairperson and other details. A new slimmed down committee is not expected to be formed until 2014.

Mr Fallon who has been acting at Leitrim VEC Chief Executive since February 2012 will return to his role as Principal of Drumshanbo Vocational school in September. This Summer Mr Fallon will work with new CEO Joe McDonagh to achieve a smooth transition of administration.

The future of Vocational Education in Leitrim has been safeguarded by a number of grant aided projects sanctioned recently. The VEC office in Carrick has received a “substantial” grant for refurbishment, which has provided staff with confidence for the future and the reassurance that the building will not be closed down. Mr Fallon said recently granted projects are a “vote of confidence.” Lough Allen College, Drumkeerin received funding for internal works, a new autism unit and an extension of a metal work room has been given the go ahead in Drumshanbo and the VEC will sign contracts with builders for an extension to Carrigallen Vocational School next week.

Mr Fallon said the final meeting of the Leitrim VEC committee next Monday will be emotional, as some members have been part of the structure for decades. Current Chairperson of Leitrim VEC Damien Brennan first joined the committee in 1979.