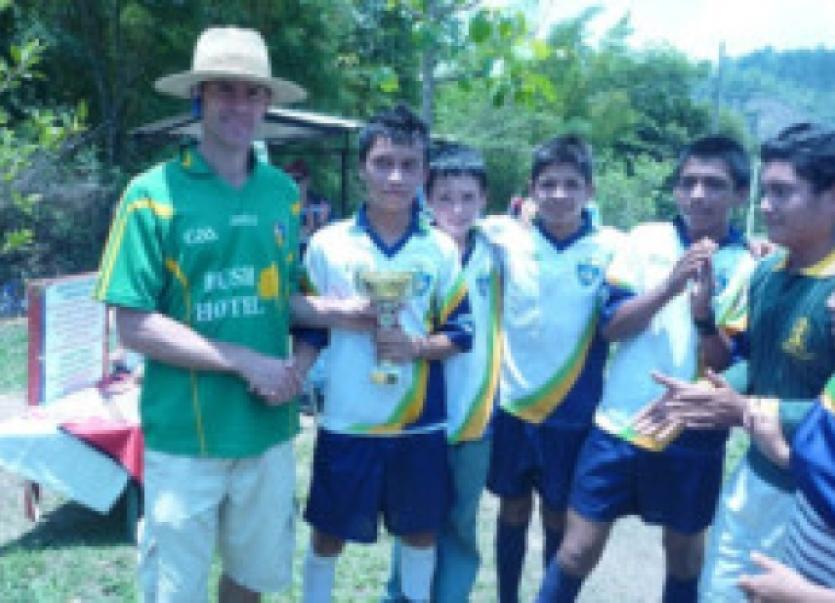 For those who have ever thought about volunteer work with the poor, Viatores Christi are hosting information seminars locally.

For those who have ever thought about volunteer work with the poor, Viatores Christi are hosting information seminars locally.

Having returned from a 4 year stint in El Salvador, Ronan is able to tell those interested about the rewards and opportunities for dedicated hard workers in developing countries.

Ronan said “I have always felt privileged to have good family and friends around to support me, and so from an early age I wanted to be able to give something back.”

After qualifying as a Civil Engineer he got involved with Viatores Christi (VC) at a careers fair in NUIG. They provide a training programme to prepare people for life as a volunteer in an overseas context. This consisted of six workshop weekends with modules on Community Development and leadership, Challenge, Commitment and Conflict, Cultural Adaptation, Health and Global Awareness and home mission.

The group has a Catholic ethos, certain parts of each workshop are of a faith dimension.

After this, they offer people 1-2 year placements working with the poor and marginalised.

Ronan went to El Salvador to construct 10 family dwellings, they were set up with accommodation, transport, the job, the flights and money. “All we had to do was arrive at the airport!” he said.

Not knowing any Spanish, Ronan attended an intensive Spanish course in Guatemala, before he got stuck into building earthquake resistant mud houses, in a remote region along the border with Honduras.

Ronan won another project off Irish Aid to build 3 model houses using chiefly local materials and employed local people under the age of 25. He was part of a team that won justice for a murder massacre through the Central American Court of human rights. He also helped build a reconciliation centre.

All the while, Ronan played football with the locals and set up a team for young kids. Sean O Heslins GAA and Leitrim GAA helped fundraise for GAA kits.

Ronan now calls El Salvador his “second home” he became fluent in Spanish, and made many lasting friendships .