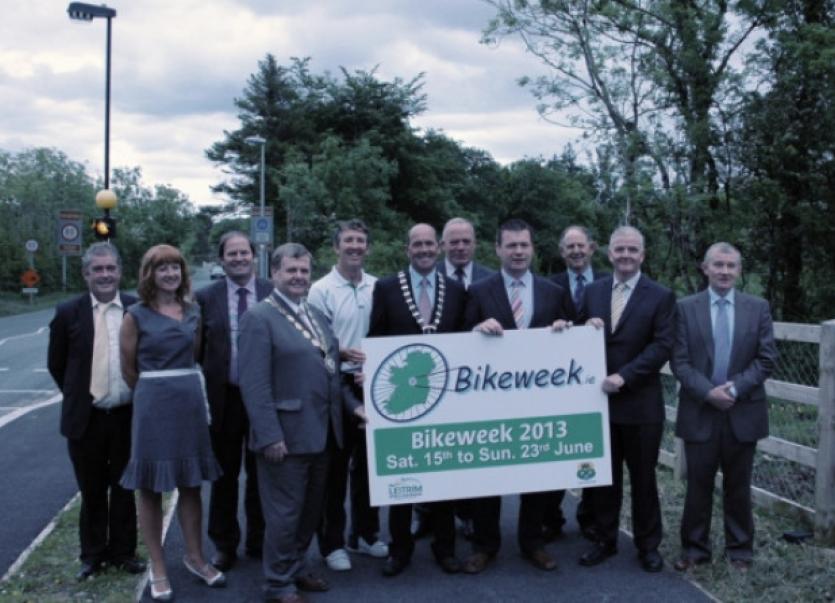 Since 2009, the council have been working with the Department in developing cycle and walking routes around Carrick-on-Shannon. The overall project cost was €2m, of which €1.2m was grant funded from the Smarter Travel and Active Towns schemes.

The provision of cycle and pedestrian paths throughout Carrick-on-Shannon is aimed at reducing the level of car dependency in the town, and within outlying areas.

Cathaoirleach Stenson said, “The project will promote walking and cycling as transport modes, as a tourist attraction and in terms of the positive impacts on people’s health. Since the start of these projects almost 17km of cycle lanes and added an additional 4.5km of footpaths to the town have been constructed.”

The walking routes around the town are used every day, especially in the evenings thanks to public lighting provided throughout the year. One of the main reasons for this is that we have a number of different circuits around the town that people can use. Since the construction of these walkways, there have been a huge increase in organized events on the i.e. sponsored walks etc. are increasing, such as “Meet and Train”, “Operation Transformation Walks”, “The 5 Km Town Run”, “The Dawn Run” and “The Carrick 10k” etc.

At the start of the project a survey was carried out in the schools and local businesses to ascertain the level of cycling and walking activities in the town.

A follow up survey is understood to be taken this Autumn to see what changes have occurred. The council will hold an Active Town day later in the year.

Minister Kelly complimented Leitrim County Council and people of Carrick-on-Shannon on their successful active projects and said other small Irish towns should follow in Carrick’s footsteps.