Three little numbers that can save a life 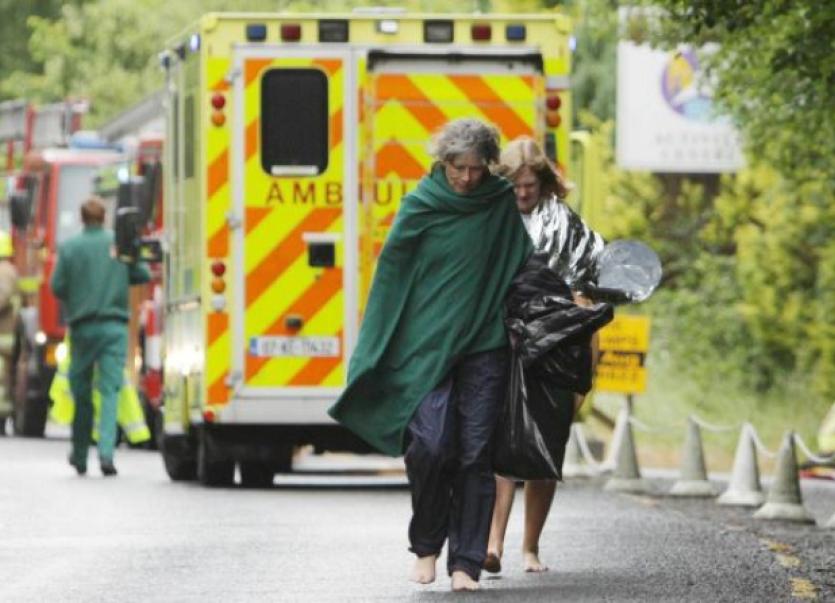 Think about it for a second. The wheels you put in motion by calling these three little numbers.

As soon as you dial 999, men and women of the emergency services across the country are pulling on jackets, jumping into fire engines and ambulances walking into emergency wards, ready to answer your call.

We are lucky to have such resources at our disposal. There are many parts of the world where you could dial every digit on any phone and no one would answer.

Oh sure we all appreciate it when we have had the misfortune to have to run to the emergency services to save us or a loved one, but do we really get the value and importance of what we have the rest of the time? I don’t know if our government ministers do.

It gave me great concern to hear recently of proposed plans to scale back the fire service in London.Why worry about London, Kevin, I hear you say? I know we are under financial pressures like London and the rest of the world and savings have to be made in Local Authorities all over the country, and it scares me that Boris Johnson has given the go-ahead for plans to close fire stations and cut jobs in London and I would be worried that Local Government officials in’ Big Phils’ office might have an eye on London’s way of curbing costs. Cutting front line services like this is just crazy. Now I know it’s speculation at the moment, but it is dangerous to even consider. And I want to do my bit here to emphasise the asset such services provide to our local rural community.

In last weeks Leitrim Observer the new increase in call out charges for Leitrim Fire Brigade services were highlighted.

In our own area of Drumshanbo, we have seen the actions of the men and women of the emergency services in recent weeks. In particular, our

Local Fire Brigade, like many of those in rural areas, is made up by part timers. I personally don’t think these front line fire men are paid half enough to face what they face on a regular basis. As with most Emergency call outs, the local Fire Brigade is almost always the first on the scene.

Tragic and shocking incidents that have hit the heart of the community have been dealt with professionally and with the greatest care and consideration. Literally, flowing blood has been stemmed and lives have been saved.

The decisions, the choices, the split seconds they have to make, crucial life changing calls on the lives of those they attend. We put them in that position, we trust our lives to them.

In Drumshanbo recently, we have borne the cross of several terrible accidents being attended by ambulance, fire and even coastguardservices. In every case, they carried out their duties as best as one could ask for, with compassion and professionalism. At a time of tragedy, it is the least one deserves and expects.

I have had occasion to talk to some members of the emergency services recently and while there is concern that further cutbacks may come to haunt how they deliver services, they are confident that this is one fight they wont take lying down.

As one man said to me; “we will provide the best service we can. We won’t let the public down, because we know they won’t let us down. We wont provide half a service”, he said.

But the one thing the public can help the emergency services with is by being their eyes and ears.

There is a thing in emergency services called “the golden hour”. This means you have the best chance of getting a good result if you can get someone to a hospital within the first hour of their accident. The longer it takes to get them to hospital, the worse the potential outcomes.

The first lesson is “always call 999 first”. You’d be surprised how many people arrive on an accident scene and run around trying to help without ever asking if emergency services have been called.

And don’t worry, it’s better for emergency services to have numerous reports on an incident than not enough.

The second lesson is “talk to the right person”. When an emergency operator answers your call, they will ask you which service you require. Your choices are, Fire, Ambulance, Garda, Coastguard. Just pick the service you need, don’t try and tell the operator your problem, just let them put you through to the right service.

The third lesson is “Be Clear”. Let them know your name, your location and the nature of the incident. The amount of people who go on to the emergency services and tell them all sorts of details before they actually tell them where the incident is is a constant source of frustration to the operators of the service.

They are always conscious that every second of that golden hour is crucial and they need you to be clear and direct so they can immediately dispatch people to help even while you are still on the phone explaining what you are seeing.

The young men and women of our emergency services wake up every morning knowing that they will go to do battle with death today. They know that it is them alone in many cases that will stand between you and your final breath.

In many cases, they work very unsociable hours for modest pay, considering the responsibility they bear. The least we can do as citizens is show them that we trust them, that we respect them and we hope we the government do not take from these vital services that are at front line in rural communities.