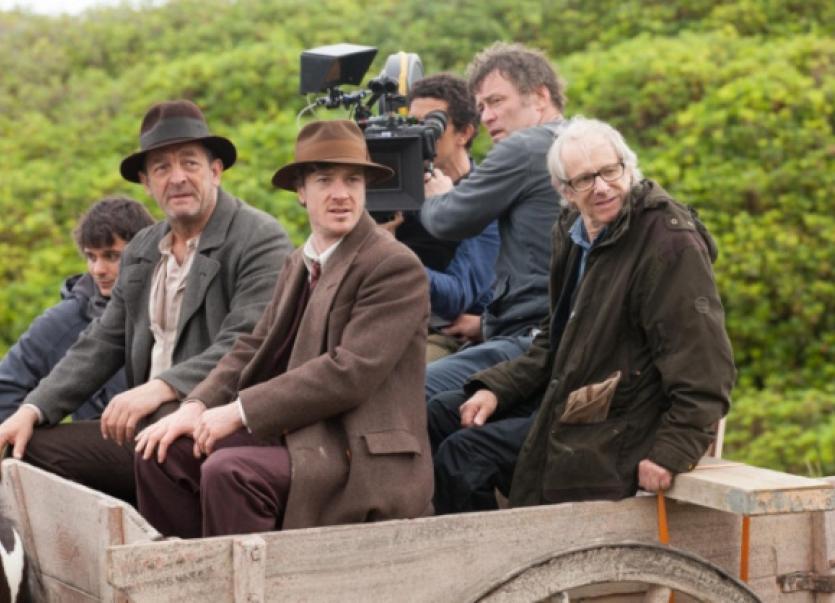 For most of the actors in Jimmy’s Hall the Leitrim accent will not be put on, as a large number of the cast are actually from the county.

For most of the actors in Jimmy’s Hall the Leitrim accent will not be put on, as a large number of the cast are actually from the county.

The cast features Sorcha Fox, Aileen Henry, Conor McDermottroe and Mikel Murfi in leading roles, and mixed with the large number of local extras, this film is set to be truly authentic.

One of the main actors on the set is Aileen Henry from Killenummery who plays Jimmy Gralton’s mother. But Aileen doesn’t see herself as an actor, the talented woman in her mid seventies has never stood on a stage or even dreamed about acting, let alone a leading role in a big Irish film.

Aileen said she was married at Killenummery Church, and she also danced in Killenummery hall when she was younger. She told the paper she was a retired member of SIPTU and one day she was asked to meet someone in Dublin in line with the association. It was a rehearsal, she did it and also attended two more in Sligo, but she said “I never asked any questions.” She laughs that she was “lulled” into taking the movie part. She said “it is lovely that the film is here in North Leitrim.” She said her family is more excited about the film than she is.

After her first scene Friday morning, Aileen returns back into the cottage and tells us “my heart is in my mouth” but despite the nerves, Aileen is a pure natural and brings Jimmy’s mother to life like no one else could.