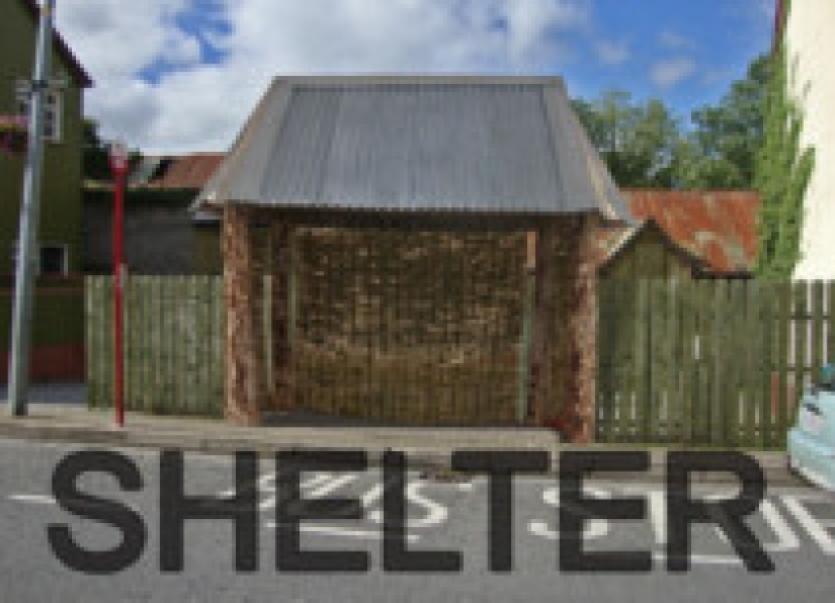 A locally constructed bus shelter is to be donated to Leitrim County Council for the town of Manorhamilton.

A locally constructed bus shelter is to be donated to Leitrim County Council for the town of Manorhamilton.

At least four buses stop in Manorhamilton regularly, but commuters have no shelter from the cruel Irish weather as they wait on their transport to and from town. Local artist Niall Walsh has constructed a bus shelter made out of recycled material which he hopes to donate to Leitrim County Council for permanent use in the town.

The idea of a bus shelter, came from Walsh’s New Republic project which was held in the town last year. Niall opened up a walk in shop for people to discuss ideas of a republic, constitutional amendment, citizen’s rights and the development and planning of local infrastructure.

Manorhamilton people were invited to come in and place their idea for the town’s improvement on a large map of the area. Speaking to the Leitrim Observer, Niall Walsh said the bus shelter proposal was one of the “most logical requests.” Although there are many more which he said are possible with a little community will.

Emerging from a process that involved consultation and actions suggested by the community’s concerns, Walsh devised the Shelter project: a functional response to the public’s desire for a bus shelter on the N16 route through the town of Manorhamilton.

He gathered recyclable materials such as decking, tree trunks, hardwood, wattle and corrugated iron from sponsors Kilasnett Co-op and constructed the shelter which he says “will keep the rain off.”

According to Walsh “The sculpture piece operates as a proposition and potential solution to this social need.” The project went on exhibition last Friday, March 15 in the Leitrim Sculpture Centre.

The exhibition runs until April 4 and during the time the artist will display the various responses to the project so far while inviting the public, and local authority, to interact further with the work as a means of re-visioning public space.

Niall Walsh said he has been in consultation with Leitrim County Council about making the shelter a permanent structure at a bus stop. The proposed location for the shelter is just a about 50 meters away from the sculpture centre.

He said there are a lot of regulations, planning laws etc to be sorted to make the bus shelter a reality. He said he will be asking local politicians to help lobby for the shelter to be placed at the bus stop. He said some local engineers have told him the structure is “adequate.”

Niall explained that bus shelters in Ireland are constructed by an independent company who make a profit on the item through advertising - but Manorhamitlon would not provide the economic foot fall required to facilitate building the which costs thousands.

“This is free, it will be donated and it will keep people dry,” Walsh stated, he is calling on the support from local people, politicians and the county council to make the shelter a permanent structure.