Carrick misses out on gas line “on economic grounds” 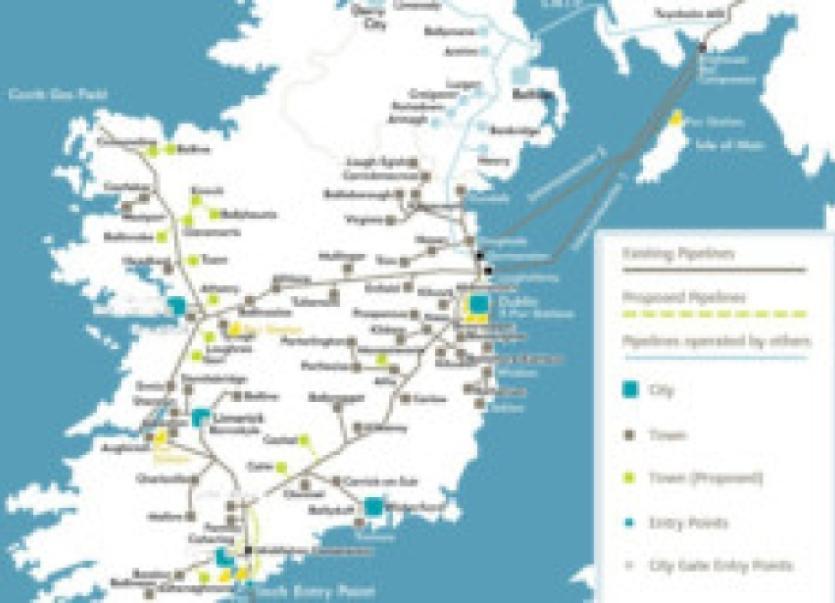 Carrick-on-Shannon has been excluded from an extension of the Natural Gas Infrastructure “on economic grounds.”

Carrick-on-Shannon has been excluded from an extension of the Natural Gas Infrastructure “on economic grounds.”

“That is the sort of money we are talking about. What I am looking for is a small amount of seed capital to get these towns over the threshold.”

Deputy Naughten has been campaigning the Minister to extend the infrastructure towns like Carrick-on-Shannon.

Carrick Chamber wrote to Minister Pat Rabbitte requesting the extension of the Natural Gas Infrastructure to the county town in the Gas Regulation Bill 2013.

They also suggested that a portion of money made from the sale of Bord Gáis be ring-fenced for gas infrastructure in the Northwest as recommended by the WDC Policy Briefing in September 2011.

Responding, Minister Rabbitte said under the Commission for Energy Regulation’s (CER) study 11 towns in the North West not connected didn’t qualified for connection on “economic grounds.”

Gaslink will continue to review the towns which did not qualify for connection under this 2010 study.

The Minister said a town could be reviewed if there was a “significant increase in demand for natural gas, usually as a result of the addition of a new large industrial or commercial facility.”

He said 50% of the money raised by the sale of Bord Gáis will be invested in job creation, the other 50% will go towards state debt.

Deputy Naughten said “the people of the north west will have to wait for gas. The only other way we might be able to get gas is to hope the fracking industry, which has such a bad reputation in the United States, starts to do some fracking in the north west.

“I do not think that type of gun should be put to the heads of those involved in businesses and communities in the region. As citizens of this State, they have a right to access natural gas.

Deputy Michael Colreavy agreed with Naughten’s call for an extension of the pipeline. “The situation is unfair and unjust. If one looks at any infrastructural map they would see that the north and north west is deprived and that we do not have an infrastructure that allows us to compete with the rest of the nation.”

He added “Let me be clear, lest anyone be in any doubt about my position: the people of the west and north west will not be bribed or bullied into allowing fracking in the region in return for any gas pipeline.

“Our right to access gas stands as a right. We will not allow that to be used as a trade-off.”