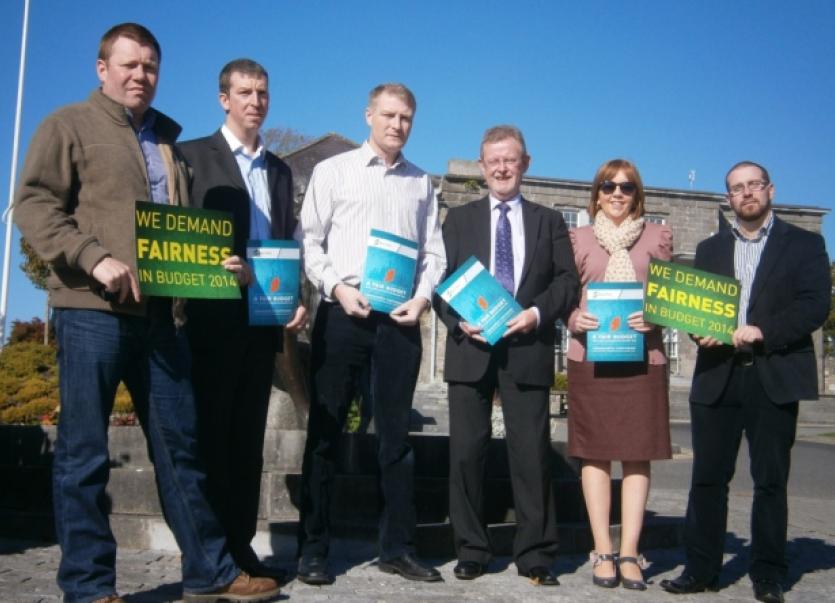 Last week Sinn Féin launched its alternative budget proposals at national level and party activists also came together in Co Leitrim to highlight what they say is “the radical difference in approach Sinn Fein has to putting the country’s finances in order”.

Last week Sinn Féin launched its alternative budget proposals at national level and party activists also came together in Co Leitrim to highlight what they say is “the radical difference in approach Sinn Fein has to putting the country’s finances in order”.

Sinn Féin claims its budget would lower the tax burden on ordinary families, protect public services and invest in jobs.

Ballinamore Area councillor, Martin Kenny said, “We have identified a series of taxation and savings measures, fully costed by government departments, to reduce the deficit and pay for new spending measures. These include giving 1.8 million homeowners a tax rebate by abolishing the property tax, restoring the respite grant for 86,000 carers, taking 296,000 low income workers out of the USC, giving every child under five free GP care, extending the fuel allowance by three weeks, protecting the vulnerable, with no more cuts to disability payments, no more cuts to Child Benefit, no more cuts to social welfare and introducing a stimulus to create thousands of jobs.

“Our document also sets out proactive measures to assist job creation, SMEs, the agriculture sector, and people in mortgage distress. It deals with corporation tax and natural resources and also stresses our commitment to equality budgeting. Our adjustment figure is just under €2.5bn.”

“In all our proposals would generate over €1.4bn through tax measures targeting the better off and generate over €1bn in savings, tackling real waste in the public sector and cutting professional fees and those on the higher salary scales,” explained Cllr Kenny.

“The priority in this budget should be to protect citizens rather than meeting European diktats.”

He said this will be the seventh austerity budget, from Fianna Fáil before and now from this Fine Gael led government, which together will have taken €30 billion out of the economy.

“Austerity is not working. The government needs to take its foot off the necks of the people. Sinn Féin’s alternative budget reduces the tax burden on ordinary families, giving them some money to spend in their community; it protects public services and invests in jobs,” he concluded.