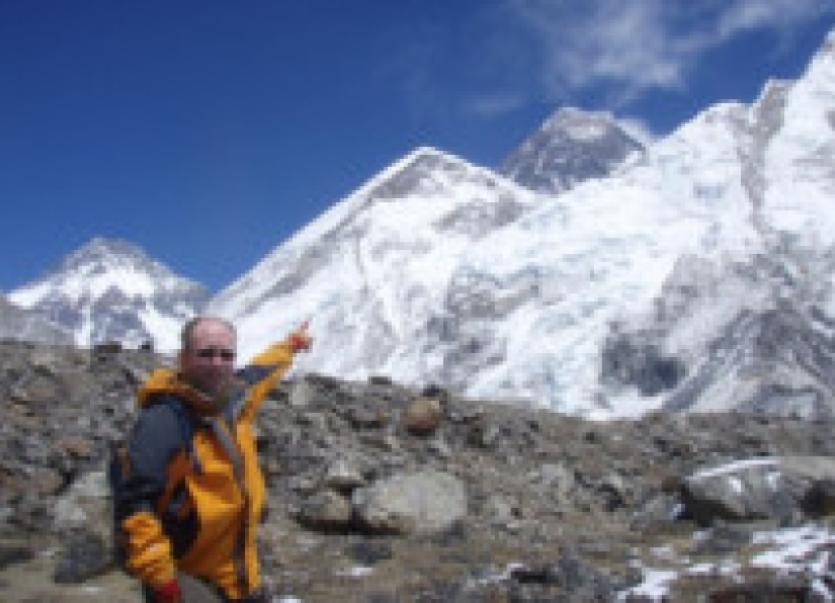 Everest named after Sir George Everest (much to his disapproval) in 1865 by the royal geographical society on recommendation by Andrew Waugh is known as Sagamatha in Nepal and Chomolungmaa (Holy Mother) in Tibet.

Everest named after Sir George Everest (much to his disapproval) in 1865 by the royal geographical society on recommendation by Andrew Waugh is known as Sagamatha in Nepal and Chomolungmaa (Holy Mother) in Tibet.

This mountain is so high that standing on the summit you can touch the jet stream.

From the first recorded attempt on the summit in 1924 to the first successful ascent by the New Zealander Edward Hillary and Nepali Tenzing Norgay on the 29th May in 1953 and to the present day this mountain holds many mysteries and untold stories of the hundreds that have not returned from their quest and the respect of those that have conquered this huge mass situated in the Himalayas Bordering Nepal and Tibet.

Without a doubt to travel to the top of this world requires a level of strength, determination and endurance that most of us are never likely to ever need.

This is not to suggest that one of our own in the surrounds of Leitrim is not capable of following the steps of Edward Greene, from Drogheda, through his journey to the summit of the highest mountain.

The costs are monumental where you can expect to loose 20% of your bodyweight, suffer alpine trench foot, frostbite, hypothermia, broken bones, mental breakdown to mention but a few of the many hazards that have to be overcome.

The allure of this mountain to reward the climber with the prize of standing on top of the world some 29,035 ft against all the odds is so great that thousands have attempted this feat in the face of some of the toughest and most dangerous conditions.

Blizzards, high winds (up to 200mph), avalanches, altitude sickness and the death zone means that survival can be down to the type of equipment or training that you have.

Edwards talk and slide show covers all the technical equipment and training that is necessary to be a winner.

Find out why your socks need to be able to absorb a glass of sweat each day or what a jumar is or why you would need a set of pig nipples.

This talk and slide show is the inspiring factual experience of one of Irelands greatest mountaineers and will leave no stone unturned in answering all you wished to know about climbing Everest.

In fact your journey in order to experience this adventure only requires you to go to the Hunt National School Hall (opposite the library) in Mohill at 7.30pm on this Friday the 7th March 2014. Admission €5.00.

There will be a questions and answers session and all are very welcome. Suitable for 12’s and over.

The funds are in aid of the Hunt School. Come early to secure a place.