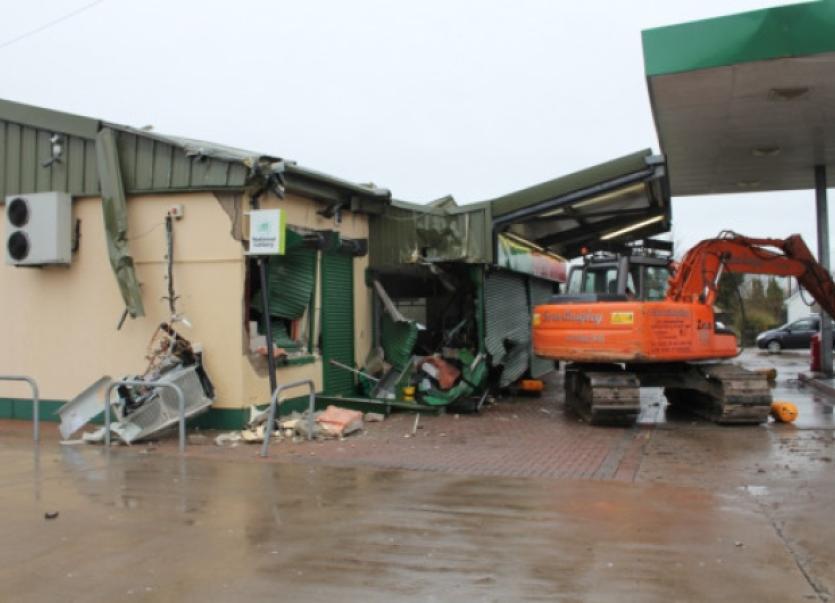 Gardai in Blacklion and Ballyconnell are investigating a “serious act of vandalism” at a filling station at Toma, Blacklion this morning, Thursday, March 6.

Gardai in Blacklion and Ballyconnell are investigating a “serious act of vandalism” at a filling station at Toma, Blacklion this morning, Thursday, March 6.

Gardai told the Leitrim Observer that at approx 2.40am this morning a Hymac digger was taken from roadworks close to the Blacklion filling station and was subsequently used to “severely damage” the front of the premise and three petrol pumps. Gardai told the paper that the main building was “extensively damaged” and is now closed.

Forensics and CCTV footage are being examined by Gardai to determine the culprits. The gardai are seeking the public’s help, if anybody saw anything suspicious between 2am - 3am on Thursday March 6 to contact Ballyconnell Gardai on (049) 9536102.

The business has been in receivership for over 12 months. There were reports of slashed tyres at the location recently.

The post office which was located within the business has been temporarily transferred to Glenfarne. Local Fianna Fáil Councillor John Paul Feeley told the Observer “We are concerned about the post office and hope it will return to Blacklion shortly.” He said a number of staff are now without jobs as a result of the damage and the structure has to be surveyed before it could be re-opened. Cllr Feeley said the filling station “is the main shop in Blacklion and its closure will affect a lot of people.”