Fishermen rise up against Fracking in Enniskillen 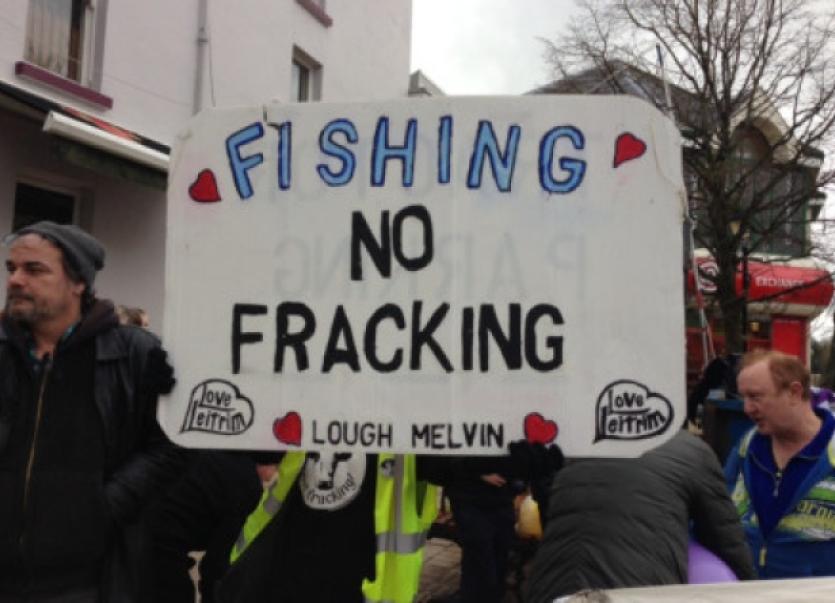 Over 60 boats joined by a fleet of cars and vans sailed through the streets of Enniskillen on Saturday, March 1 in a powerful show of Fishermens antifracking solidarity.

Over 60 boats joined by a fleet of cars and vans sailed through the streets of Enniskillen on Saturday, March 1 in a powerful show of Fishermens antifracking solidarity.

More than one hundred people watched the parade in Enniskillen. The threat to water is acutely felt for fishermen where many rivers and lakes across borders North and South are shared. Anglers from Northern Ireland were subsequently joined by boats from their southern counterparts .

A few miles down stream in Leitrim the river Drowes regularly boasts the first salmon of the year. Lough Melvin which straddles the border, also prides itself as home to a genetically unique trout called the Sonaghan not found anywhere else in the world. Similarly the Gillaroo has been traced back to the ice age.

Terry Mc Govern Chair of the Ulster branch of the Irish Trout FlyFishing association (ITFFA) said, “Our ambition is to hand over the waters of Lough Melvin to our grandchildren and our great grandchildren in the pristine condition that our forefathers handed it over to us.”

Inland Fisheries Ireland have revealed that angling tourism is worth €750 million annually to the Irish economy.

Tamboran are proposing to drill 3,000 wells in Fermanagh and Leitrim. The Government of Northern Ireland is seeking interest from oil and gas companies to explore around Lough Neagh and North Antrim as well as Fermanagh. The rally was designed to put pressure on decision makers to act in the interests of their public and halt the process.

Eddie Mitchell, spokesperson of Love Leitrim said “We were proud to be able to support those fishermen’s clubs who initiated this and to witness their passion to protect the reputation of our fishing and tourist industry, and health of their communities. We are standing together against the threat of Fracking whether it’s Fermanagh, or in Lough Neagh, Leitrim or Clare. It was great to see the level of participation from anglers, and communities from both sides of the border,” writes Dervilla Keegan of Love Leitrim.

Meanwhile, Northwest Network Against fracking gathered outside Sligo County Council offices on Monday, March 3, to emphasise the importance of the council implementing very strong measures in their County Development Plan to ban or prohibit horizontal fracturing and extraction of shale. The county manager stated that he would be influenced by EPA research and Government Policies.

In The Glens Centre, Manorhamilton, Afri presents ‘The Future for Shale’ An evening of film, art and conversation’ on the theme of fracking followed by music from legendary players Paddy Keenan and Steve Cooney on Sunday, March 9 at 6pm. Award winning film maker Dearbhla Glynn will premier a film commissioned by Afri, exploring the issue of fracking and its potential impact on communities and the natural environment. Choctaw artist Gary Whitedeer will give a short input on the art of campaigning and a local speaker will outline the strength of opposition to the prospect of fracking in the north west region. A discussion will follow. Admission free, all welcome.