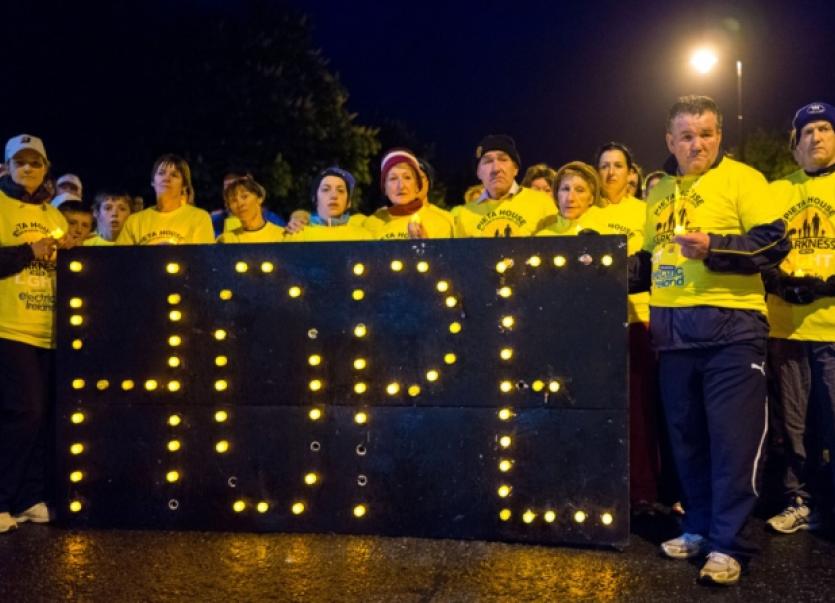 500 brave souls turned up at 4.15 am in Carrick for a 5K walk to show their solidarity for families directly affected by suicide and to raise awareness of depression.

500 brave souls turned up at 4.15 am in Carrick for a 5K walk to show their solidarity for families directly affected by suicide and to raise awareness of depression.

This surely showed that the inaugaral Leitrim Darkness into Light dawn walk was a massive success.

The 500 people clad in yellow t- shirts set off in unison despite the imminent threat of torrential rainfall. In the end, the heavens didn’t open.

Pieta House will open two new residential houses in Athlone and Donegal in 2015, along with their existing nine houses. Sligo, Leitrim,and north Roscommon with a combined population of 110,000 needs a Pieta House.

Courage sometimes skips a generation, but this is our time, place and destiny to confront suicide and depressive illness head on.

Through targeted national processs’ and community endeavour, we can halve suicide rates.

The word on the ground is that a stage of “cycle against suicide” will pass through welcoming Leitrim nexr year.

Congratulations to the 500 generous selfless walkers who gave up their nights sleep.

Next years event will be bigger, brighter, and better, Walkers take a well deserved bow. Your light shines through these though times for our nation.