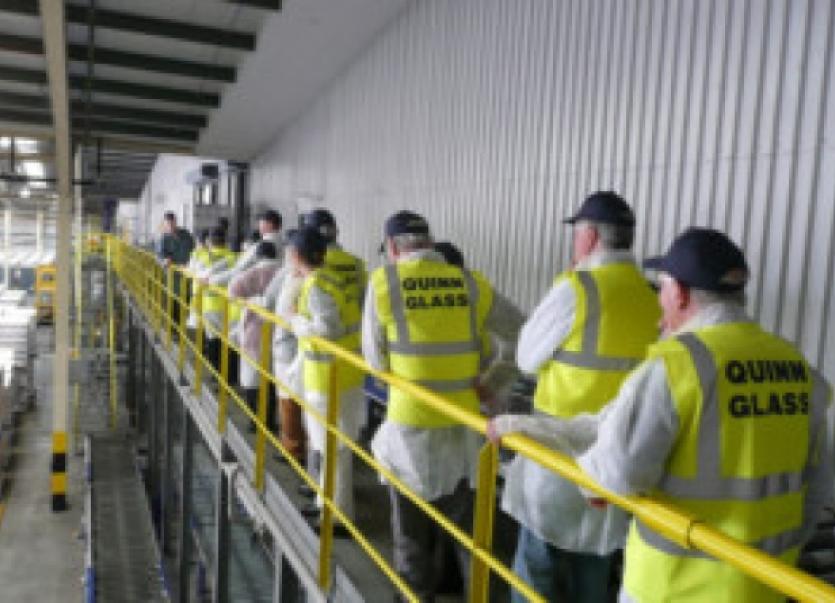 On the same day that Quinn Glass revealed a new brand name for their company ‘Encirc’, QBRC confirmed it has lodged a “fully funded” bid for the construction businesses at Aventas.

On the same day that Quinn Glass revealed a new brand name for their company ‘Encirc’, QBRC confirmed it has lodged a “fully funded” bid for the construction businesses at Aventas.

On Wednesday, May 7 QBRC lodged the first part of its offer to acquire the former Quinn manufacturing businesses.

According to their exclusive statement to the Leitrim Observer, “It has made a fully funded offer for all of the manufacturing businesses with the exception of the glass business. The glass business will be the subject of a further offer at a later date. This two-step approach was adopted as a result of a number of the other businesses having already been offered for sale. Those businesses would, therefore, benefit from immediate certainty regarding their future. In addition, the proposal for the glass business will be funded by a different type of funder.”

Cllr John McCartin Director of QBRC explained that the construction based businesses are under “immediate threat” and the company will place a bid for Quinn Glass, now named Encric shortly.

QBRC said in their statement that they “had not intended to comment on it (the bid) publicly. However, given the announcement to rebrand Quinn Glass, QBRC felt it important to make its position clear. While this rebranding is a matter for the board of Aventas, under the Quinn Glass brand, the Glass business currently generates circa €300m of turnover. Therefore, if successful in acquiring the Glass business, QBRC will carefully review the brand audit and report which has led to the decision to rebrand.”

“As the only company in the world to offer some of the world’s most recognisable food and drinks brands a complete supply-chain service, we move forward with a new vigour and a new brand - Encirc.” They explained that ‘Encirc’ describes their offering which reaches from the manufacturing of container glass to modern filling facilities, Warehousing and logistics as, “it encircles our Customers’ needs.”

Adrian Curry, MD said,“We add value for our customers. We are the only company in the world that can offer a fully comprehensive range to supply chain services, reducing environmental impact, shortening lead time to retail, and reducing cost”.

QBRC say they have received overwhelming support for its approach from the customer base, staff, both directly and through their union, Unite, and from the local political representatives. It believes its proposal represents the optimal solution for both the local community and the current owners of the businesses and look forward to progressing it in the weeks ahead.

Cllr McCartin said they expect that Aventas will now “open the books” as QBRC have made a bid based on “assumed performance” and previous year accounts. He said when they see the updated accounts they can change their bid accordingly. Cllr McCartin said Aventas sought information previously on the financial banking behind QBRC and they have supplied this information.

Cllr McCartin said they believe all parts of Aventas are for sale and he understands there are no other bids for a sizeable chunk of the business.

Cllr McCartin said they want to move quickly, he hope they will reach a level of engagement, be offered exclusivity and he predicts that due diligence can be completed “within a few weeks.”

“We are anxious to conclude as soon as possible” he stated.

Cllr McCartin said they are expecting to hear confirmation of their bid from Aventas in a number of days. He said he can guarantee that the QBRC bid is the “best value for money” for the bondholders.

He also indicated that QBRC have a management team which are ready immediately to take over senior positions, which they had previously held.