Tamboran expect to drill in August 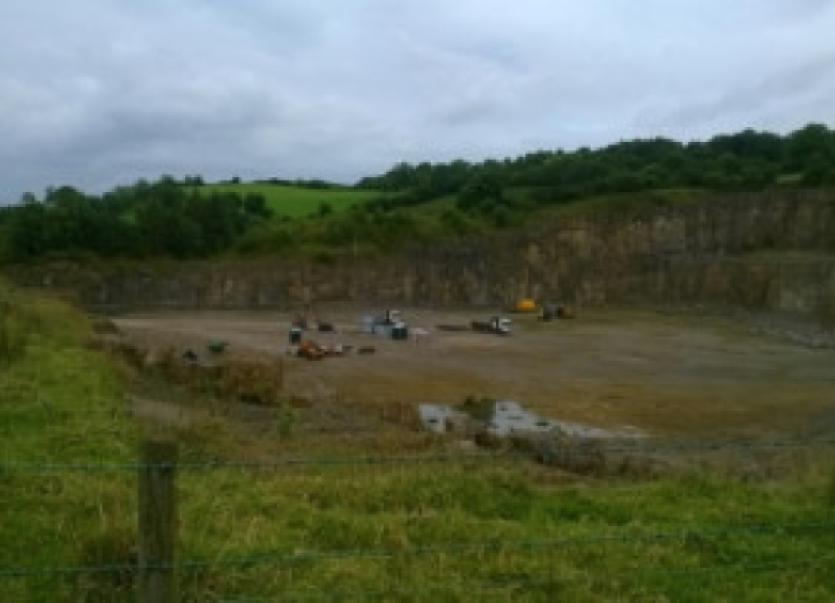 Tamboran Resources intends to drill its first borehole in Belcoo, Co Fermanagh as part of their research into gas before the end of August.

Tamboran Resources intends to drill its first borehole in Belcoo, Co Fermanagh as part of their research into gas before the end of August.

The fracking company has informed the NI Department of Environment of its intention to drill a scientific borehole (6 inches across and 750 metres deep) as part of their work programme to meet their licence agreements. The company moved 24/7 security onto the quarry site owned by Acheson & Glover, close to the Cavan/ Leitrim border early on Monday morning, July 21.

Despite Sinn Féin Energy Spokesperson MLA Phil Flanagan stating to the Leitrim Observer last week that no hole would be drilled without full planning permission, it is now understood that this was inaccurate and the borehole will come under permitted development.

This means only environmental and technical information must be provided by Tamboran to the DOE, but no public consultation or submissions will be included. The company expect the process to take up to a month if extra information is sought.

Tamboran informed locals by leaflet that the drilling operation will be completed in 30 days and rock samples will be examined, the results will help the company to decide if they will apply for fracking. Dr Tony Bazley stated, “this is fact finding, not fracking.”

NI Environment Minister Mark Durkan said, “before the company is given permission to proceed, a full “screening” process under the EIA Regulations will be required to ensure that there is no potential for significant environmental impact.”

A protest and meeting was held in Belcoo on Monday night with over 300 people from Belcoo, North Leitrim and west Cavan and this was followed by a 5am protest at the quarry site yesterday morning.

The Department of Communications, Energy and Natural Resources told the paper they will accept the results from the borehole in Belcoo as part of their Onshore Licensing Option in the Republic.

Eddie Mitchell, Love Leitrim said this a “back door policy” for our Government.

He said “drilling in Belcoo is the same as if it was happening in Glenfarne” as it has the same implications here in progressing the fracking process. He has called on new Junior Minister Joe McHugh to outline the Government’s policy and to meet with local groups. He said the lack of public consultation “is very worrying.”

There will be an open Love Leitrim meeting in Kiltyclogher this Thursday 24th at 8pm to discuss the situation and decide on local action.