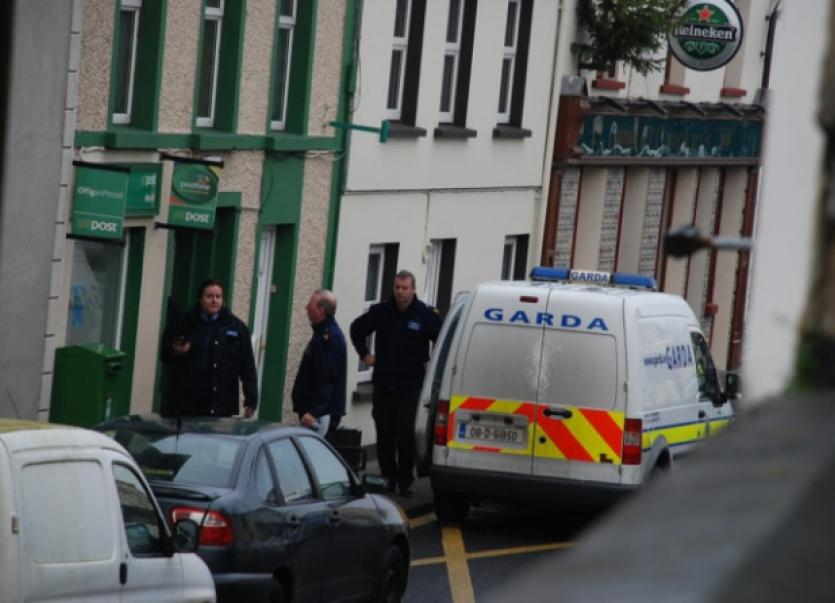 Carrick-on-Shannon Municipal District councillor, Sean McGowan said the Mohill Post Office robbery must have been deeply upsetting for the staff members impacted and his thoughts remained with them.

Carrick-on-Shannon Municipal District councillor, Sean McGowan said the Mohill Post Office robbery must have been deeply upsetting for the staff members impacted and his thoughts remained with them.

“This must have been an awful shock to both Mary and Ann. They must have been terrified and our thoughts must be with them,” he told the Leitrim Observer this week.

Cllr McGowan said that in light of what happened in Mohill last week and considering the number of post offices that have been targeted nationally in recent months, there needed to be a national review of security measures taken in tandem between An Post and the Gardai.

“I know that the security on these cash transit vans is very high and that the drivers and, indeed, anyone who targets the vehicle, would find it all but impossible to gain access, but clearly criminal gangs are targeting post offices and we should take every precaution.”

The Fianna Fáil councillor added that, when you took into account the increased business being done by rural post offices in particular in the wake of numerous bank closures, it was obvious that post offices would become more of a target.

Anyone who may have been in the Mohill area at the time of the robbery last Thursday morning, December 4 around 9.30am who may have noticed anything suspicious, is asked to contact Carrick-on-Shannon Gardai on (071) 9620021.

Two houses were broken into in The Oaks development on the Boyle Road, Frenchpark some time between Friday, November 28 and Monday, December 1.

In the first property a rear window was forced open and the thieves made off with a quantity of power tools and other equipment valued at €1,000.

In the second incident €800 of white goods was stolen.

A separate robbery also occurred in the Ashley Lawns estate in Frenchpark in the early hours of Wednesday, December 3. During this break-in a handbag and a small amount of cash was stolen.

Two cars are also reported to have been broken into in the same estate during this period.

Finally a house in Carrabane, just off the Boyle Road, was also targeted by thieves on December 3. A purse was stolen during the burglary.

Gardai are appealing for anyone who may have noticed anything suspicious in the Frenchpark area during these incidents to contact them immediately on the Garda Confidential Line 1800 666 111.

A handbag was stolen from a car parked outside Keadue Church on Friday, December 5 last.

The incident is thought to have occurred some time between 1.30pm and 2.30pm.

Anyone who may have been in the area at the time and noticed anything suspicious should contact Boyle Gardai on (071) 9664620.

People are again reminded not to leave valuables such as handbags, wallets, phones, etc in cars, especially during the festive period. Bring all valuables with you or, if this is not possible, ensure that they are locked away in the boot out of sight of opportunistic thieves.