Colreavy will not contest next election 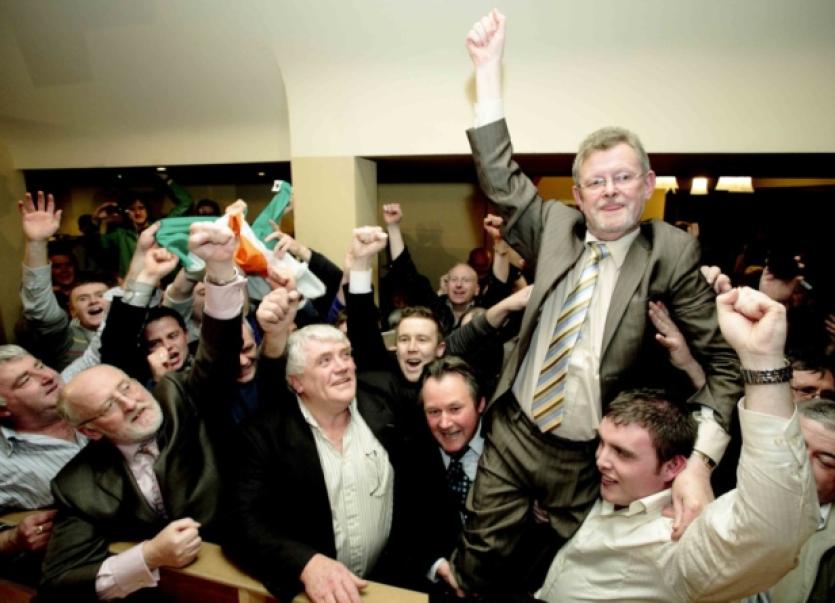 Sligo / North Leitrim Sinn Fein TD Michael Colreavy has announced he will not contest the next general election.

Sligo / North Leitrim Sinn Fein TD Michael Colreavy has announced he will not contest the next general election.

Speaking for the first time fter he had informed Sinn Fein members at meetings in Sligo and North Leitrim Deputy Colreavy said: “It was a humbling experience and a tremendous honour when I was elected a TD for this constituency in February 2011.

“I was genuinely surprised and overwhelmed by the level of support I received from so many people from all areas of the constituency - many of whom had never met me, but placed their trust in me and Sinn Fein to try to bring about a better and fairer Ireland. I want to thank also those Sinn Fein members throughout the constituency who worked day and night to help ensure our historic election.

“I could probably have been described as a reluctant candidate in 2011. I was happy enough to be a local community representative and I felt there were other potential Sinn Fein candidates who could have taken up the challenge.

“However, I was selected as the candidate, which was the first step of a wonderful (albeit sometimes frustrating and always very busy) period in my life.

“I have given 100% to my work as a Dail representative. As a home bird who loves family and the Northwest I found it difficult to spend so much time in Dublin. I missed time with my family and grandchildren. I missed going to football matches or just going for a quiet pint and maybe a bit of Irish music on a Friday night. I missed going on an odd break for rest and relaxation. I missed normality.

“Am I sorry I went for election in 2011? I am not. It was and is a wonderful experience and I am grateful I had the opportunity to help bring forward a new and better way of politics to Leinster House. I think it is true to say Sinn Fein and some of the independents provided the first real opposition to the conservative, failed policies of Fianna Fail, Fine Gael and Labour. I believe we have helped open the door for a real democratic revolution in this country - unlike the revolution promised by Taoiseach Enda Kenny in 2011.

“The main reason I have taken the decision not to contest the next election is that Sinn Fein is now in the fortunate position to have a number of candidates who would be excellent and effective TDs to represent the interests of people in the North West. I will be happy to work very hard to ensure the candidate(s) selected at convention is elected.

“I also hope I will continue to work at local level to support the new TD and to ensure those areas of interest to this area (including opposition to Fracking; tourism development; jobs retention and creation; health and social services; agriculture, arts and culture etc.) are supported and promoted. I will not be going away!

“In the meantime I promise people that I will continue to work 100% to represent their interests. I will not take the foot off the pedal until my last day when the current Dail term is finally brought to an end.

“And finally, thank you so much to each and every person who worked with and supported me before and since the 2011 election. It was and is a privilege to represent you all” concluded Deputy Colreavy

Cllr Martin Kenny has praised Michael Colreavy for his dedication and hard work as a TD for this constituency and as a Councillor representing the Manorhamilton area for many years.

Cllr Kenny said, “Michael Colreavy has been a hard working TD who represented all the people of the entire constituency with great dedication and diligence. Michael is a tremendous leader in his community and is held in the highest of esteem by people from all walks of life and political persuasion. It was my great pleasure to serve with Michael on Leitrim County Council where he represented the people of the Manorhamilton area for many years. I want to wish Michael, his wife Alice and family all the best for the future.”