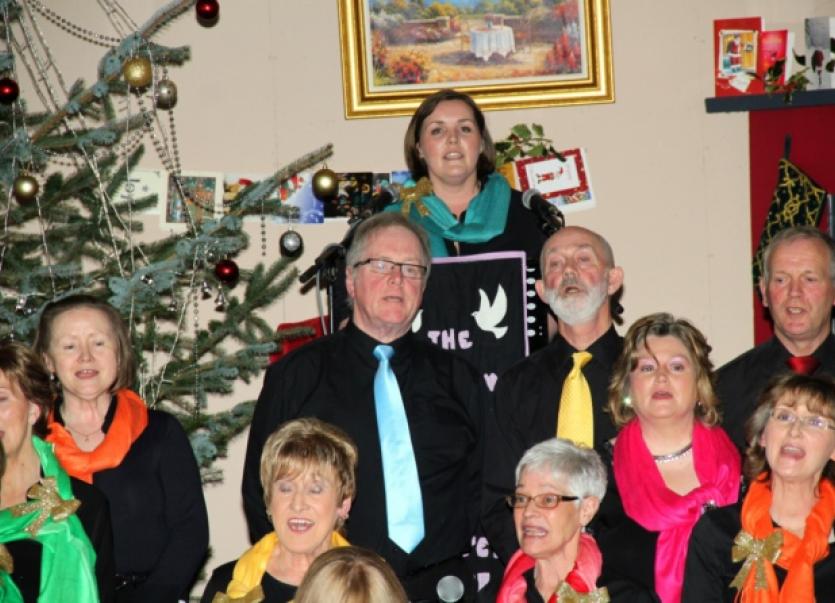 The Mohill based Production Company ‘ Irish Red Squirrels’ has brought great entertainment to the area over the past number of years.

The Mohill based Production Company ‘ Irish Red Squirrels’ has brought great entertainment to the area over the past number of years.

The company is the umbrella for The Sweet Spirit Gospel Choir, The County Leitrim Percy French Performing Group and of course, the Sliabh an Iarainn Players and the three groups are looking forward to creating more quality entertainment in 2015.

The Sweet Spirit Gospel Choir, under the direction of Tish Dunleavy, will present a fundraising concert in the Hunt Hall, Mohill on March 22 at 8pm. The show will include well known songs and new material including original pieces composed by Tish herself.

The main beneficiary of this show will be the Arus Carolan Patient Comfort Fund but other beneficiaries include Goal c/o Noel Mahon, Bornacoola and St Manchan’s Outreach Special Class, Mohill. The theme of this show is “Support - Lean on Me’.

The May Bank Holiday weekend will see The County Leitrim Percy French Society in action again. Since their official launch in 2011 the group has continued to grow and develop and this year the shows will be bigger and better than ever.

There are many new dimensions to this year’s shows including a performance of an original script written by Tish Dunleavy called ‘The West Clare Railway sues Percy French’, a play performed by The Sliabh an Iarainn Players and produced by Frank Cadam.

This is a very entertaining piece that deals with the court case between the West Clare Railway Company and Percy French. It will be performed on Saturday, May 2 at 9pm in the Hunt Hall, Mohill.

Sunday, May 3 will see the Gala Performance of Percy French works. Of course , Percy has assured us that St Peter will give him an evening pass so he can attend and he has hinted he may bring a friend or two with him.

All three groups under Irish Red Squirrel Production Company are very thankful to everyone who has supported their shows and also supporting all the worthy charity beneficiaries of performances.

The company acknowledges the generosity of Hazel Tuthill, Principal of Hunt School and the community of St Mary’s, Niall Faughnan c/o Planxty Maguires, John Reynolds, Liam Mahon and all the members of the choir and the sponsors.

Plans are already underway for an exciting Autumn season.