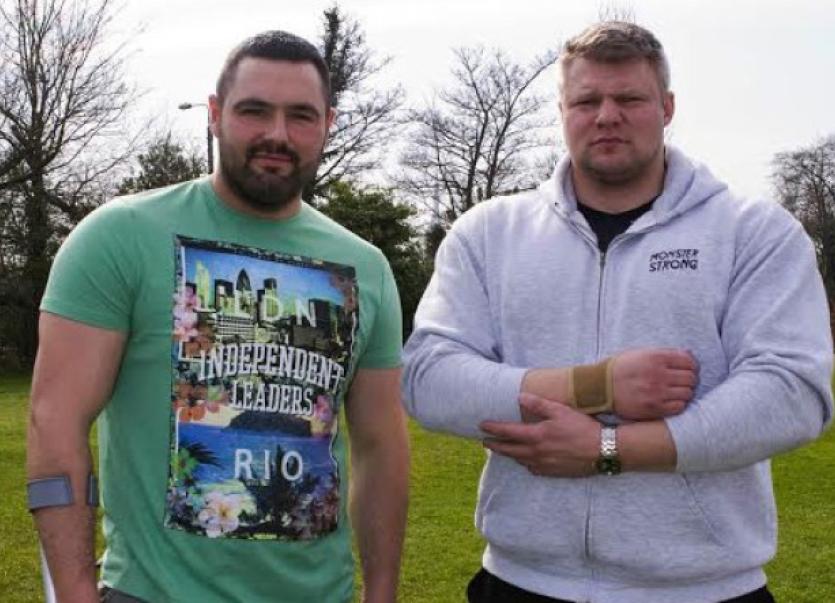 Following in the footsteps of his brother, one Carrick-on-Shannon native has been hailed a hero having saved a man’s life recently.

Brave security guard James Finnerty (28) recently intervened in a brawl which took place on Easter Sunday that saw one man walk away with his life, having received several stab wounds and he himself, emerge with a stab wound.

Back in late 2002, James’s brother, Detective Garda Colm Finnerty saved the lives of three people as he jumped into the Liffey one night while on patrol in Dublin, after noticing three men in trouble. He received a Gold Scott Medal of bravery for his actions.

A security officer on the Luas tram in Dublin, James and his colleague Marius Benusis (29) pulled the emergency brake and jumped from the tram onto the platform at Milltown, South Dublin to wrench a man free from a number of assailants.

The man had been stabbed several times in the head, neck and back and required up to 50 stitches. The chaos that ensured saw James receive a serious stab wound to the leg and Marius suffer torn ligaments in his right hand, which saw it temporarily double in size.

“I couldn’t stand up. I just started to feel physically sick and very weak. I started to gag,” said James. Yet, they managed to hold on to two suspects, one each until a number of their colleagues and Gardai arrived.

“Four people have since been arrested and released without charge with a file being prepared for the DPP on the matter. “The investigation is still ongoing,” according to Gardai.

“I keep seeing the knife just coming at me. I’m just thinking of where it could have gone. I was very, very lucky that it caught me where it did as it could have been a lot worse,” James says.

At home now recuperating, it is clear the incident has left an imprint on both. As Carrick-on-Shannon man James explains, it’s “the shock” of actually being “stabbed”.

Both explain that they are finding it very difficult to sleep since. “It just keeps going around in your mind. I keep seeing the knife just coming at me. I’m just thinking of where it could have gone. I was very, very lucky that it caught me where it did as it could have been a lot worse,” James says.

“You sleep a while and then you wake up. It’s just going around in your mind. That moment when we jumped off the tram” and the events that then unfolded.

“You always have it in your head. I could have gone to work and not come back…with the family waiting at home,” Lithuanian native Marius says as he shakes his head gently from side to side.

Marius has two children, Gabriella (5) and Karina (2). He is also due to wed his fiancé, Christina Sovostikova at the end of the month. But, both James and Marius know the dangers associated with the job.

Just last month, James had a knife pulled on him on the red line tram at Heuston but was thankfully unharmed.

biting “my inner right leg. At that time he said he would blow

In June last year, James was bitten a number of times by a thug. “We were taking an extremely aggressive male off the tram when he bit my left arm.”

He then tried to gouge out his left eye with his fingers before biting “my inner right leg. At that time he said he would blow my head off. I saw him twice after that incident and he threatened to blow my head off again.”

James is still receiving treatment for this incident by way of anti-viral shots in case the thug was infected. Marius was hit over the head with an iron bar in an incident in 2009 on the tramline at Inchicore. From this, one of his cheekbones was broken in three places.

Aside from the emotional scars left from the latest incident, a hugely disappointed James had to cancel his first holiday in four years- he was due to fly out last week - all of which was prepaid. While Marius has had to forfeit his chance to go pro in Strongman. “Last year I came third in Lithuania.”

A competition called ‘Body Expo Body Power’ takes place in six week’s time in Birmingham, which is the ‘big one’ that offers the winner the opportunity to turn professional, while the top three finishers get to compete in the World Championships.

Having competed in this for the past two years, Marius came fifth in 2013 and fourth in 2014. He says he was really aiming to scoop the top spot this year but due to his hand injury, he now feels he will have to withdraw as he can’t train.

Transdev Ireland, who operate the Luas line and outsource security to STT say they have not ruled out the possibility of nominating James and Marius for a National Bravery Award or other award but are waiting for the “Garda investigation” to finish first.

These awards are bestowed upon people from all walks of life and all sections of society who carry out a deed of bravery with “an effort to save human life involving personal risk”.

James’s brother Colm jumped in to the freezing December waters and dived under the current in an effort to locate both men.

If James does receive the award, he will follow in the footsteps of his brother Colm in being recognised for both his bravery and initiative.

Back in 2002, Colm was awarded the Gold Scott medal by then Minister for Justice Michael McDowell.

The Scott medals are awarded for exceptional courage and heroism involving risk to life in the execution of duty.

Colm was on mobile patrol in Dublin City 13 years ago when he spotted two men being carried away by a strong current near the Sean Heuston Bridge at the River Liffey in Dublin City.

Acting immediately, Colm jumped in to the freezing December waters and dived under the current in an effort to locate both men.

He then pulled the pair towards a safety ladder which was located on the river wall and both men climbed to dry land. But Colm’s ordeal was not at an end.

He then noticed a third man struggling in the current and without hesitation jumped back into the water to save him.

All three men were then taken to hospital and made full recoveries.