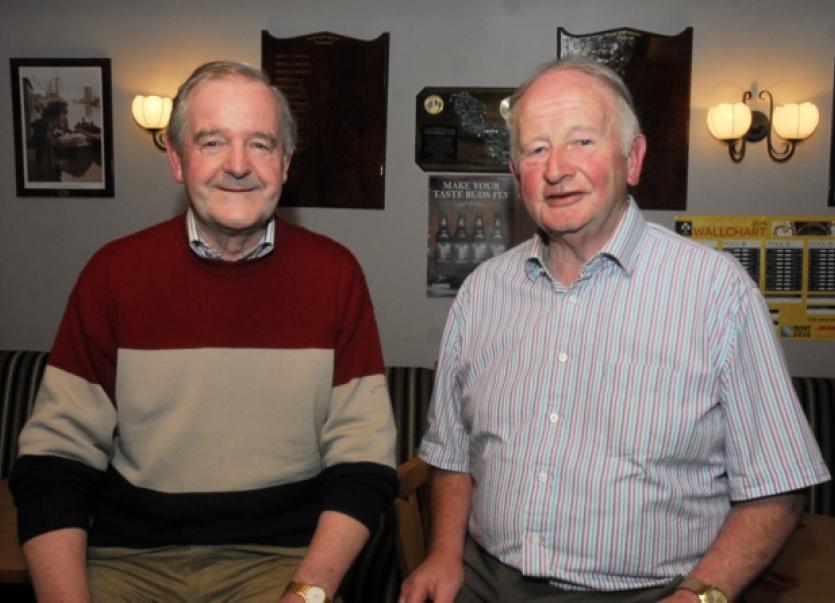 How many of us can say that we’ve been to 50 consecutive Senior Football All-Ireland Finals ?

How many of us can say that we’ve been to 50 consecutive Senior Football All-Ireland Finals ?

The pair have generated plenty of attention locally with their 50 year match attendance and will be featured on RTE2’s Thank GAA It’s Friday Show this Friday night. Such is the hype surrounding their record that Bridgetech Management’s Declan Deegan has organised two tickets to the All-Ireland Senior Football Final this weekend for Gerry and Oliver, so they can mark their 50th Final in style.

Gerry and Oliver worked together as teenagers in Smiths Garage, Carrick-on-Shannon and drove to their first All Ireland Final in a Ford Anglia car in 1966. The match between Meath and Galway marked the Connacht side’s famous three in a row.

On the way home they enjoyed a pint or two in the public house owned by Gerry Nangle, a Drumshanbo native, at Parkgate St, Dublin. In later years they kept up the tradition, moving their post game drinks to Gerry Nangle’s new pub in Blanchardstown.

Since then Gerry and Oliver have managed attend every Senior All Ireland Football Final, travelling first together, then later with Drumshanbo native, Noel McPartland, and, for the last 23 years, making the journey courtesy of driver and Leitrim Village man, Seamus Regan.

Also accompanying Gerry, Oliver and Seamus this weekend is well known Leitrim Observer photographer, Willie Donnellan. He is marking his 42nd All Ireland in 43 years - having only missed the 1982 Final since he started attending in 1973.

On Sunday next, Gerry Donnellan and Oliver McKeon hope to visit their good friend and Croghan native, Tom Maye at his pub in Dorset St, Dublin after the match.