First Pitstop for Cannonball in Carrick-on-Shannon 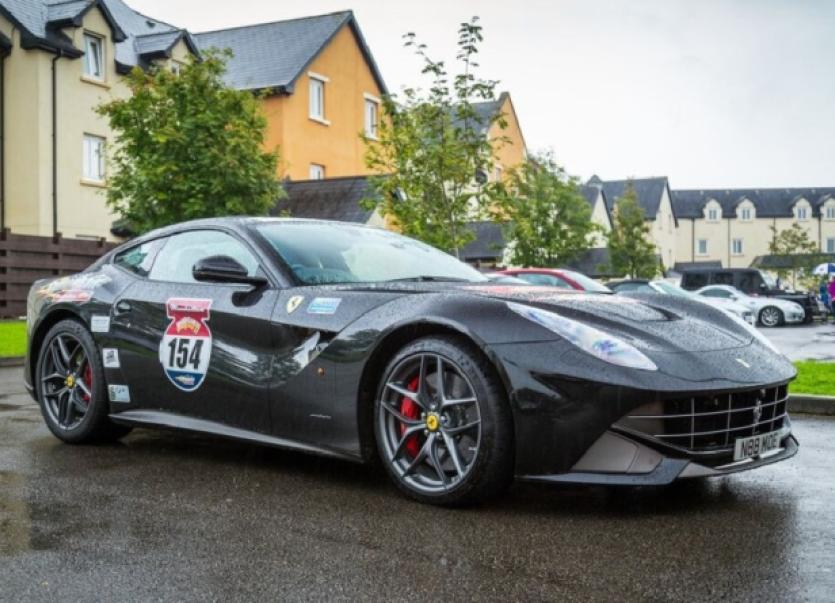 On Friday, September 11th, 2015 CANNONBALL arrived in Carrick-on-Shannon at 1.30pm until 4pm for its first Pitstop.

On Friday, September 11th, 2015 CANNONBALL arrived in Carrick-on-Shannon at 1.30pm until 4pm for its first Pitstop.

CANNONBALL, the action packed Supercar spectacle in aid of the Make a Wish Foundation has never been in Carrick-on-Shannon before and excitement was fever pitch for this widely anticipated event.

Sponsored by Manhattan Popcorn, CANNONBALL went up a gear once again with 180 supercars and over 150,000 spectators all over Ireland. The 450 Cannonballers had lunch at the Landmark Hotel and the supercars were on display for spectators.

After lunch the Cannonballers visited The Barrel Store Bar owned by Carrig Brewing Company who were a proud sponsor of the event and generously donated a Harley Davison Motorbike to be auctioned for the Make a Wish Foundation.

A quarter of the supercars came in from the UK, Europe and even Dubai with the highest ever number of top mark cars worth an estimated €23 million including McLaren, Lamborghini, Ferrari, Aston Martin, Porsche, Masseratti, Rolls Royce and Bentley.

New in 2015 were the Pagani Zonda, Keonigsegg and Carrera GT. These are 3 of the most unique cars in the world with a combined value of €4 million.

Some of the novelty cars on Cannonball this year included an authentic Delorean complete with Doc and Marty McFly, an NYPD Car with full kit, Smokey and the Bandit Truck, The Ghostbusters Sheriff car and a most unusual Top Gun inspired car.

CANNONBALL is the brainchild of Kildare Businessman and AB Signs proprietor, Alan Bannon and is now in its seventh year having already raised over €700,000 for Children’s charities.

CANNONBALL blazed a trail through towns and counties in spectacular style with free family friendly festivals all over the country. Each start and finish line at each host town was infused with an electric atmosphere featuring Brazilian dancers, live music, DJs, The Monster Energy JAM Truck, local entertainers and dignitaries, confetti cannons, lots of Manhattan popcorn, CANNONBALL official merchandise and, of course, the unmistakable roar of 180 supercars.

CANNONBALL 7 raised money for the Make-a-Wish Foundation which is a children’s charity that grants magical wishes to children between the ages of 3 - 17 years with life-threatening medical conditions. The benefit to the Irish economy of this event is estimated at €2,567,000 and most of this is spread evenly throughout the counties and towns visited.

“We are very proud to be part of Cannonball again in 2015 and to help raise funds for the Make a Wish Foundation. Movies and popcorn and inextricably linked but we have the opportunity to bring this mad cap movie to life! There will be lots of Manhattan popcorn on the route for spectators as they watch the supercar convoy and soak up the supercharged festival atmosphere” said Don O’Neil of Manhattan Popcorn, main sponsor of Cannonball.

The success of CANNONBALL Ireland has led to international events and this year CANNONBALL made headlines in Scotland at the Highland trip as well as the UK, Germany, Denmark and Norway in the European Trip as they roared through in spectacular style.