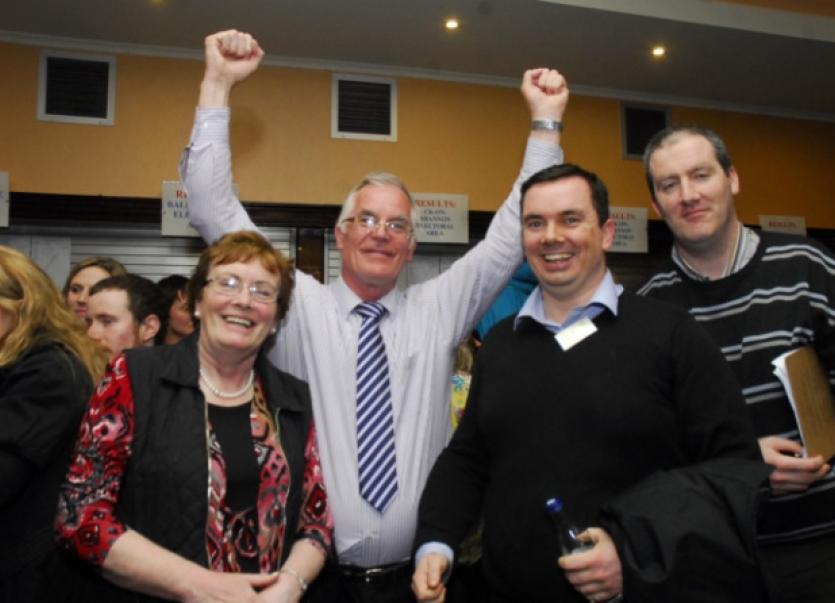 Securing 671 first prefernce votes Des Guckian was elected to the Carrick area on the fourth count.

Securing 671 first prefernce votes Des Guckian was elected to the Carrick area on the fourth count.

Speaking to the Leitrim Observer after his election he said “This is my ‘third time lucky.’”

“Naturally, I’m delighted to get such a great first preference vote this time. I sincerely thank all who voted for me. I hope to be able to repay their trust in spades. I’m aware that some of my voters left their sick beds to vote for me. That is really appreciated. I wish to thank my wife and family for their never-failing support and for tolerating my absences.

“Already, I’m getting an enormous number of messages of goodwill. My votes came from all over the Carrick Electoral area, with a peak in the areas closest to me. People are saying that I canvassed with great commitment for many months.

“People appreciated the effort I put in and knew that I was not taking them for granted. I intend to work on representing people with zeal and energy for as long as God spares me. My motto comes from Shakespeare “When service sweat for duty, not for meed (praise, reward)”. Each Cllr has got a hard-earned democratic mandate, so I will oppose any power-grab by any party/parties at Council level.

One friend stated that he looked at my policies and compared them to the views of the parties. He said I had real measurable and realistic policies. He described those of the parties as “wish lists”. I congratulate all the 18 winners and I sympathise with the unlucky 13 who lost. I empathise with them, as I have experienced such disappointments and sorrows on two occasions. I also noted that the strict party transfers are breaking down.

“I think our FG/Lab government have moved far away from our reality. They have not recognised the great hurt that is out there – unemployment, mortgage trouble, and the lack of care for those who are vulnerable.

“It is my opinion that good education/training must be the fuel for national revival. I’d imagine that all people are shocked at the news, in last week’s Observer that “Seven local schools are to lose a teacher”. The lessons of history show that coercion never worked in Ireland. They are turning decent people into “criminals” for doing such normal things as cutting their own turf on their own bogs.

“They need to stop the fracking juggernaut. They have been robbing us blind and they must realise that, as Luke Flanagan MEP stated, “It is NOT our debt”. I hope that they will learn a major and salutary lesson from their reverses in this election and that adequate funding will be immediately provided for Leitrim Co Council.

“A Special Western Development Region must be created. It is one of my major objectives to work towards this target. I’ve already invited all Western politicians to work with me on this one. Only in that way can employment, broadband, investment, etc. be generated. We must get back to basics and regenerate the fighting spirit of the Land League.

“I told people that they need to stand up and fight for their rights. I said I’d lead and I asked them to back me. Thank God many, many hundreds have done so.

“What happened to us, at this election, is only the first step of many. In my humble opinion, the fight-back is now gathering an unstoppable momentum,” he concluded.