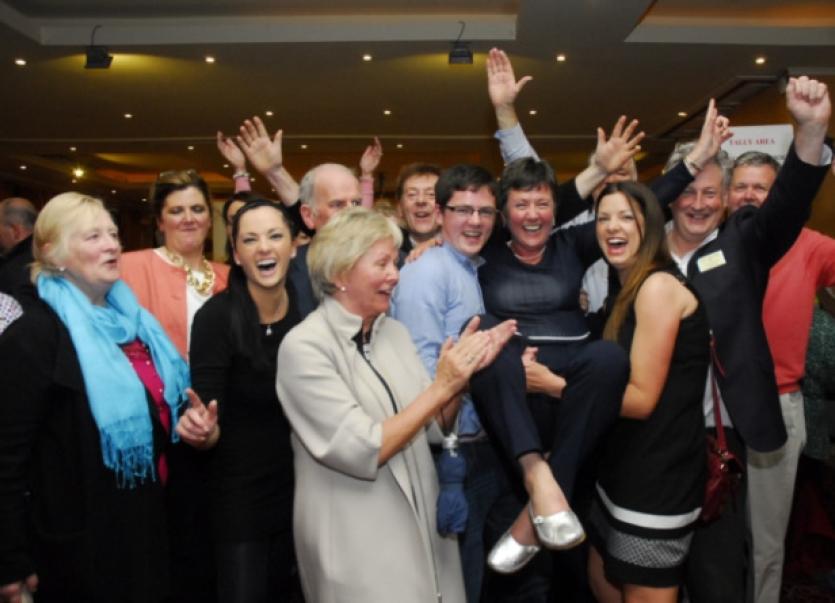 First time candidate Finola Armstrong-McGuire had reason to be satisfied on several fronts last Saturday as she captured the cherished Carrick-on-Shannon town seat for Fine Gael.

First time candidate Finola Armstrong-McGuire had reason to be satisfied on several fronts last Saturday as she captured the cherished Carrick-on-Shannon town seat for Fine Gael.

While many of her party colleagues were falling like ninepins, Finola bucked the trend and polled strongly.

Although thirty first preference votes behind the other Carrick based candidate, Siobhan Finnegan-McElgunn, what then transpired was like manna from heaven for Armstrong-McGuire.

The elimination of John Ward and the transfer of 82 votes put her ahead in that particular race and once she got in front she was never going to be beaten.

The subsequent elimination of Finnegan-McElgunn and the transfer of 197 votes saw Finola elected on the fourth count to claim the party’s only seat in the Carrick-on-Shannon LEA.

It was a stunning success for a woman who was selected to run after the retirement of Cllr Gerry Reynolds.

Her campaign started later than all of her opponents but she obviouslycampaigned well and scooped approximately 345 first preferences in Carrick town.

She supplemented that with 61 votes in Leitrim Village, 32 votes in Kilnagross and 19 votes in Jamestown. It showed that the county town and surrounds wanted a town based councillor.

Speaking just moments after being elected on the fourth count, Finola summed up her feelings. “I’m thrilled, absolutely thrilled to have come on this journey so far with my own people, with my family, with my friends, with my customers, with my fellow Leitrim people.

“I went to the houses with several different people and we were accepted in a very open way. The truth was told to us. Open arms were given to me.

“I hope the people will come forward and tell me what they need. I’m not going to know it automatically. I’m not able to read situations that aren’t told to me.

“ I will go into the council, I will represent my people and I hope we’ll get a good county group together,” she said.

Summing up the reasons for the losses suffered by her party, Finola said, “I know that charges this government have put on the people are sore and have been hurting. I will lobby that they are too much, too soon. Several things have come at people at the same time and it’s not fair.

“Those at the top need to be told it. Maybe, that’s why I’ve been put in the position where I will give that message and I have no fear of giving that message,” she said.

“Water charges, people’s health charges have gone way way up, people have lost their medical cards, the house charges have come in. Altogether in one period of 12 or 18 months is too much for the ordinary working person,” Finola said.