Disappointment for Mulligan, Ward
and Finnegan-McElgunn 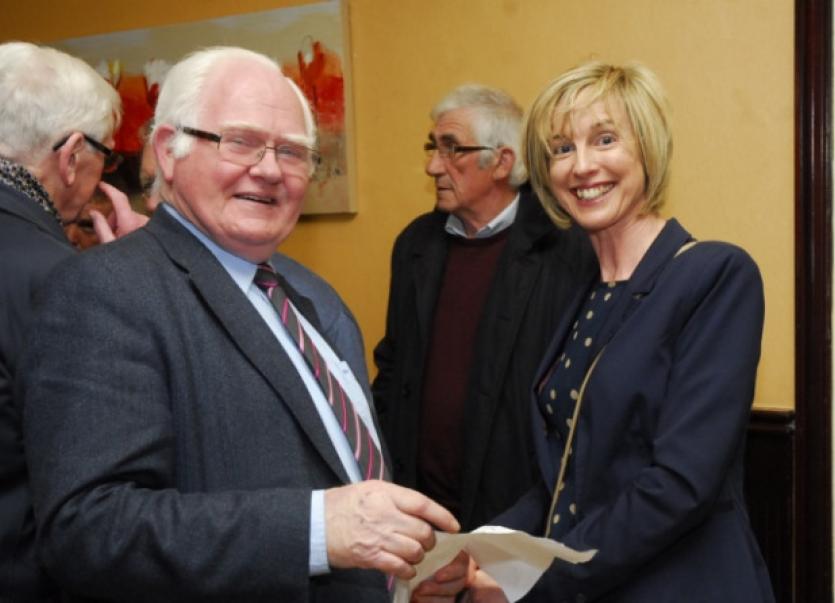 It was a day of bitter disappointment for three candidates in the Carrick-on-Shannon area with sitting councillors Thomas Mulligan and John Ward (both Fine Gael) and Siobhan Finnegan-McElgunn (Fianna Fáil).

It was a day of bitter disappointment for three candidates in the Carrick-on-Shannon area with sitting councillors Thomas Mulligan and John Ward (both Fine Gael) and Siobhan Finnegan-McElgunn (Fianna Fáil).

John Ward’s vote of 359 was slightly less than he polled in 2009 (372) and realistically that was not going to be enough to re-elect hmi this time.

He was eliminated after the first count with his votes helping Finola Armstrong-McGuire, Sinead Guckian and Des Guckianto eventually get elected.

John, however, was philosophical about the result and gracious in defeat.

“It’s not a personal vote, it’s a vote against the government policies that have come down the line the past few years and that’s been shown today.

“I’m disappointed for the simple reason I’ve only got the same vote that I got the last time. I worked very hard for the people in the electoral area but you take these things on the chest, some people win and some people lose, that’s it,” he said.

Asked what he will do now, John replied, “Sit back and relax and enjoy life. I had a very heavy operation last year, I’m a lucky man to be alive and I intend to enjoy life now.

“I enjoyed my time on the council very much. I will miss it but these things come and you have to accept life for what it is,” he said.

Asked his view on the new council, John said, “It most certainly will be a changed council, I don’t envy the chairman that has to chair these meetings in future, I don’t envy him his job,” he said frankly.

John thanked his family and his wife who have been very supportive throughout the past five years. he also thanked the team who canvassed and worked very hard on his behalf, the people of the area who voted for him and finally, he wished the sitting and new councillors the very best.

Thomas Mulligan said he was disappointed with the vote but “accepts the thinking of the people out there.”

He conceded that it was “not an easy canvass” and people were hit with a lot from the Government in a short period of time. He said he knew there was dissatisfaction among the voters, but he just didn’t realise it was “so significant.”

He said he enjoyed five good elections and it was an “honour and a pleasure to serve on Leitrim County Council” and to work on behalf of the people of greater Mohill area.

Thomas, who is involved in a lot of committees and events around Mohill, said he will continue to be involved in the community.

He held out until the fifth count when the last two councillors were elected, but he had predicted that his transfers would be split between Fine Gael’s Finola Armstrong-McGuire in Carrick-on-Shannon and the only other Mohill town candidate Séadhna Logan.

He thanked everyone who voted for him and paid tribute to the hard work of his family and friends. He said “we did everything we could” and concluded by wishing the new councillors well.

Fianna Fail candidate in the Carrick-on-Shannon area, Siobhan Finnegan-McElgunn said that she will not be seeking election in any future councils after her elimination in the third count on Saturday evening last.

Siobhan admitted that she had been disappointed with the result but said “I’m a realist, I was there when my husband was seeking election and I know how elections go.”

“I got a good vote but there was a backlash against the established parties and I think that has impacted my vote,” she said.

“I had a great campaign and I enjoyed every moment of it. I was supported by a great canvas team and I have no regrets.

“I believed that I had as good a chance as any of the new candidates did, but it was not to be,” she said.