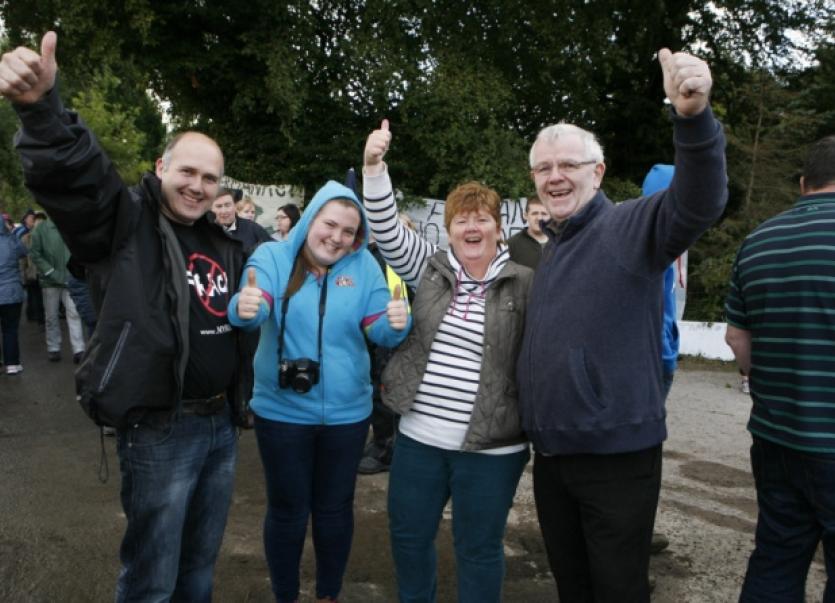 In a statement issued on Monday afternoon, the Northern Ireland Minister said: “I have given very careful consideration to Tamboran’s proposal to drill a core of rock from Cleggan Quarry near Belcoo and whether this is permitted development under current legislation.

“I have concluded that this is Environmental Impact Assessment (EIA) development requiring full planning permission and that permitted development rights do not apply. In making this assessment I have been mindful of my Department’s responsibility to ensure that the environment is protected at all times and that full consideration is given to any likely significant environmental impacts of such a proposal.

“In arriving at this decision I believe I must proceed on the basis of a precautionary principle. This principle establishes that a risk exists if it cannot be excluded on the basis of objective information and in the case of doubt as to the absence of significant effects then a full Environmental Assessment should be carried out. I have therefore concluded this is EIA development requiring full planning permission with an accompanying Environmental Statement and current permitted development rights do not apply.”

Anti-fracking groups and national organisations have welcomed the decision as a positive first step.

Commenting on the decision, Friends of the Earth Northern Ireland’s Director said,“Minister Durkan should be congratulated on his decision. He is right to conclude that an Environmental Impact Assessment is required and that exploratory drilling should not go ahead without planning permission. It is particularly heartening to see Mr Durkan invoking the precautionary principle. Northern Ireland’s environment has suffered serious damage from unauthorised quarries and landfill sites, pollution factories and sewerage works, and overdevelopment of the countryside. It is good to see an Environment Minister finally taking the job of environmental protection seriously.

“I imagine the Minister has come under a lot of pressure from his Executive colleagues and industry lobbyists to allow this drilling to go ahead. That makes his decision all the more significant. Well done Mr Durkan,” the spokesperson concluded.