€6,000 on offer for six Leitrim students 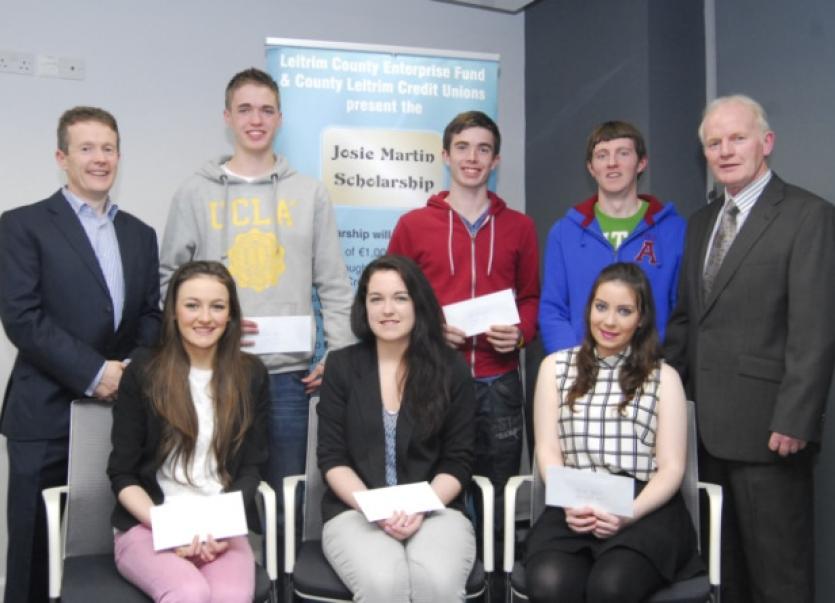 Your local Credit Union in conjunction with the Leitrim County Enterprise Fund are delighted to announce their continued sponsorship of the Josie Martin Scholarship.

Your local Credit Union in conjunction with the Leitrim County Enterprise Fund are delighted to announce their continued sponsorship of the Josie Martin Scholarship.

Six lucky students have the chance to win €1,000 each towards their Third level education and all they have to do is enter.

These Sponsorships are open to Credit Union Members who completed their Leaving Certificate in 2014 and are continuing their education in a recognised Third level college in the autumn.

The Scholarships are to the value of €1,000 each and are sponsored by Annaduff, Ballinamore, Carrick-on-Shannon, Mohill, Drumshanbo and Carrigallen Credit unions in conjunction with the Leitrim County Enterprise Fund.

The Scholarship was established in memory of the late Josie Martin who played a pivotal role in the establishment of the Credit Union movement in the county and in the economic development of the area.

As Josie did a lot of work and had great belief in young people in the County, it is appropriate that a Scholarship for young people starting college be named in his memory.

Joe Lowe, Secretary off the Leitrim County Enterprise Fund, expressed his delight with the continued success of the Scholarship. He acknowledged the role of the Credit Union in both promoting and financing the Scholarships while highlighting their invaluable role as a source of finance for college going students.

Credit Unions provide much needed finance at cheaper rates than other financial institutions for education.

Students and parents are encouraged to visit their local credit unions to see what assistance is available.

The Credit Unions throughout the County expressed their delight with the continued support for the scholarships and also highlighted the role Credit Unions can play in supporting the financial burden of Third level education.