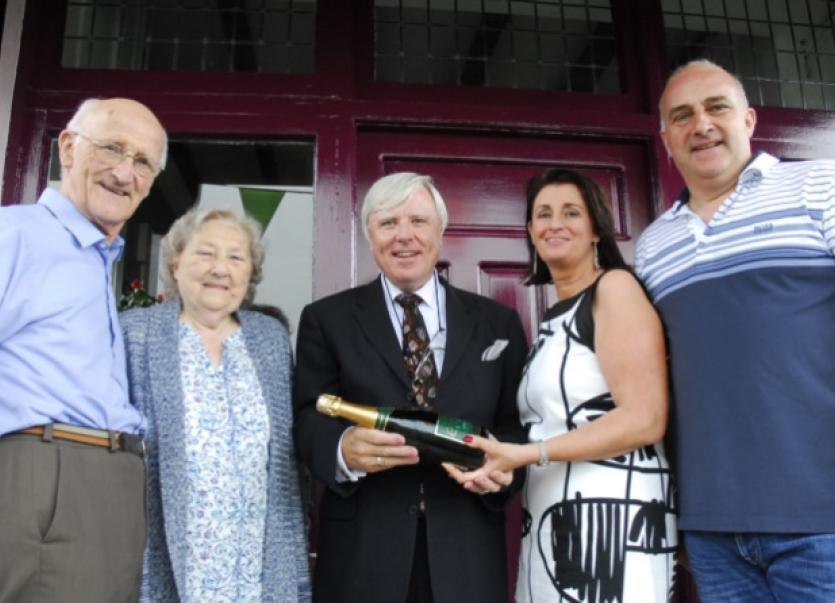 Riversdale Guesthouse and Barge Holidays has been given a make over by the Brennan Brothers and ‘At Your Service’ RTE TV Show.

Riversdale Guesthouse and Barge Holidays has been given a make over by the Brennan Brothers and ‘At Your Service’ RTE TV Show.

The guest house outside of Ballinamore which has been in the Thomas family for 40 years reopened on Friday, August 1 with a large number of locals, Hotelier and TV star Francis Brennan and ‘At Your Service’ film crew.

The house and barge holiday business has been transformed by the Brennans’ touch and advise and should provide a successful venture for Graham and Patricia who take over from Raymond and Violet. Riversdale includes a beautiful large guest house with ten ensuite rooms, two family suites (chalets), canal barges for hire and an 80 acre farm set around the Shannon Erne Canal. The facilities include a swimming pool, gym, sauna, beauty room and meeting rooms. They have been renting barges for over 20 years and have been building barges over the last decade.

The Thomas’ explained that they applied to the show in March this year, a researcher was sent out to assess the business and work started almost immediately. Patricia Thomas said “we were so lucky to be picked, it was exciting but also scary.” She said the family are delighted with the transformation and concluded it was worth “all the hard work over the past few months.”

“We are looking forward to a “vibrant future at Riversdale.” At Your Service is an RTÉ One make over show presented by expert hoteliers Francis and John Brennan from the 5 star Park Hotel Kenmare. They give business make overs to accommodation providers that need urgent help with a range of different problems. The Brennans bring years of experience of running a successful hotel and hope to inspire others to bring in new business. They advise on staffing, catering and menus, they inspect every room and advise about redecoration and they look for new ways to exploit the less obvious assets of each property.

Francis Brennan speaking to the paper said they selected Riversdale because it was “different.” They loved the idea of the barges and also “Leitrim doesn’t get as much coverage as other counties so we wanted to do something here.” He said the handover from the parents provided a great opportunity and he paid tribute to Raymond and Violet for creating such an encompassing business.

Mr Brennan said the house had not been renovated in over 25 years and “there was a lot of work to do,” he explained their interior designer came in and really refreshed the whole place. “The high ceilings here allowed us to go with a big bright design” while also keeping it classical and contemporary.

Francis said they also made over a barge and remodelled the family chalets. He said the house is perfectly placed to target the family market and he believes this will be a “very successful business.”

Waddell Media who film and produce ‘At Your Service’ were filming on location last Friday. The show which is expected to air in January or February next year. Also last Friday the Barge Association Rally was held at Riversdale.