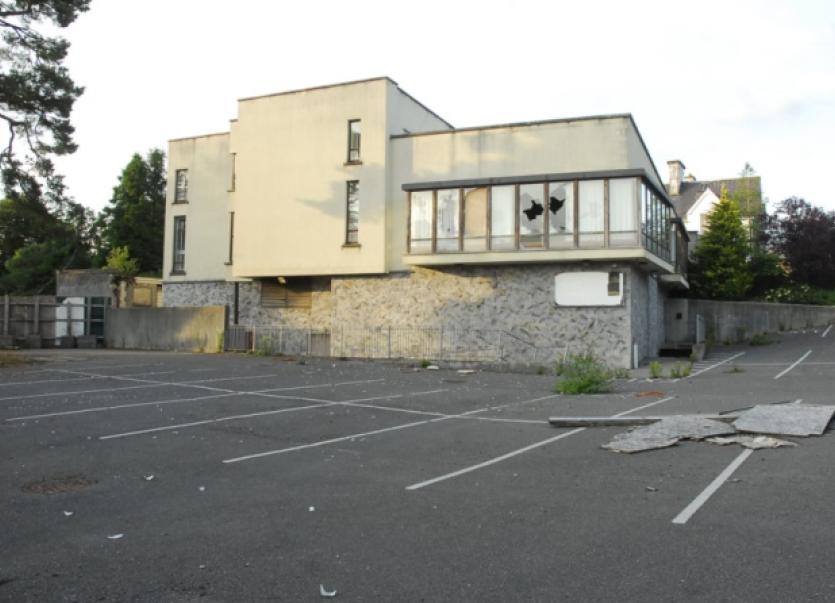 Leitrim County Council has issued notices under section 59 of the Planning and Development Act to the owners of the derelict Abbey Manor Hotel in Dromahair.

Leitrim County Council has issued notices under section 59 of the Planning and Development Act to the owners of the derelict Abbey Manor Hotel in Dromahair.

The notices require substantive works to be carried out to save the protected half of the development and further notices have also issued to the owners under the Derelict Sites Act, requiring them to repair the rear extension on the property and clean the surrounding grounds of rubbish and debris.

The news came following a query by Cllr Mary Bohan at the Manorhamilton Municipal District Meeting on Monday.

At the meeting Cllr Bohan raised concerns about the structure noting it now posed not only a significant health and safety risk, but added that it was a scandal that such a historic building was now being allowed to rot.

A spokesmen for the Council said that notices had been issued previously but had been returned unopened as there had been difficulties in obtaining the names and addresses of the owners of this property.

However it was noted that four owners had now been identified - one of whom is now deceased. Letters have now issued by registered post to the three surviving owners and one further to the estate of the deceased owner.

“The notices require a litany of works to be carried out to the protected structure and the extension at the rear of the premises,” admitted the Council spokesperson.

Cllr Bohan welcomed the news but stressed that the Council should follow those responsible with the full rigours of the law and look to remedying the situation in the courts, if necessary.

“The way they (the owners) have treated the people of Dromahair is nothing short of disgraceful in relation to the Abbey Manor Hotel,” she said.