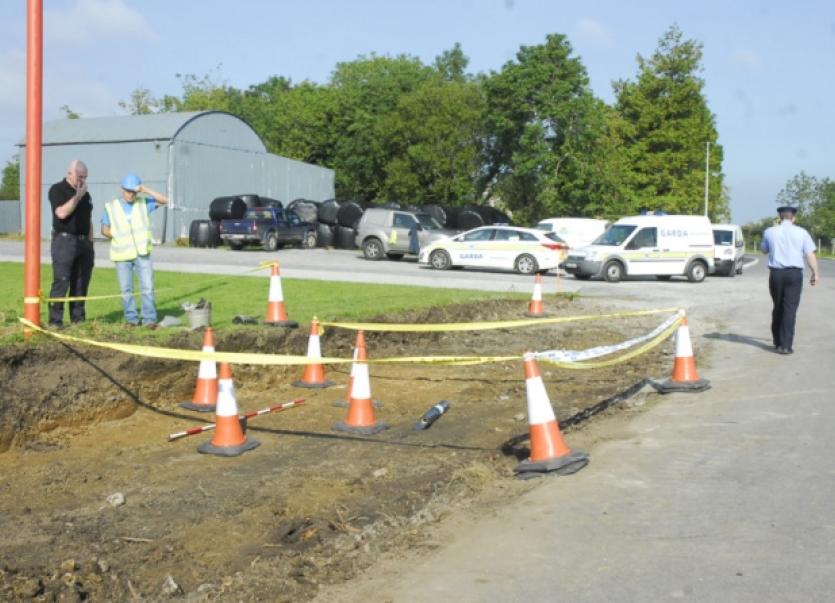 There is concern that a national monument has been damaged by roadworks currently being carried out in Carrick-on-Shannon by Leitrim County Council .

There is concern that a national monument has been damaged by roadworks currently being carried out in Carrick-on-Shannon by Leitrim County Council .

Road widening work and footpath installation is presently taking place in Attirory in the county town.

The work is taking place inside the ancient archaeological site, the Caldragh Ring, which is traversed by the local road in the townland of Attirory.

One local resident has claimed that ancient human remains and disarticulated bones have been discovered but some soil has been removed from the site without examination or sifting.

However, Leitrim County Council said it has engaged the services of an archaeologist under license from the Department of Arts, Heritage and Gaeltacht and confirmed that a number of archaeological finds including archaeological remains have been discovered at that location.

“The Council also wish to confirm that at all times our works are under the supervision of the archaeologist and the findings have been reported to the Department of Arts, Heritage and Gaeltacht, an Garda Síochána and the National Museum. The Council continue to keep this matter under review.”

Questioned about what the other archaeological finds were, the Council refused to answer. It also refused to answer whether the remains that were discovered would be re-interred and refused to comment any further on the matter at this juncture.

A local resident, however, refutes the claims that the works are under continuous supervision and said numerous human remains and a bullaun (a type of stone bowl) have been uncovered.

She said the Council is “carting away” lorry loads of uninspected soil. “Alot of human remains have been loaded onto a lorry with soil from the site and brought away to be dumped in a field (Council property) on the Castlecara Road.”

“This is no way to treat human remains, ancient or not,” the lady said.