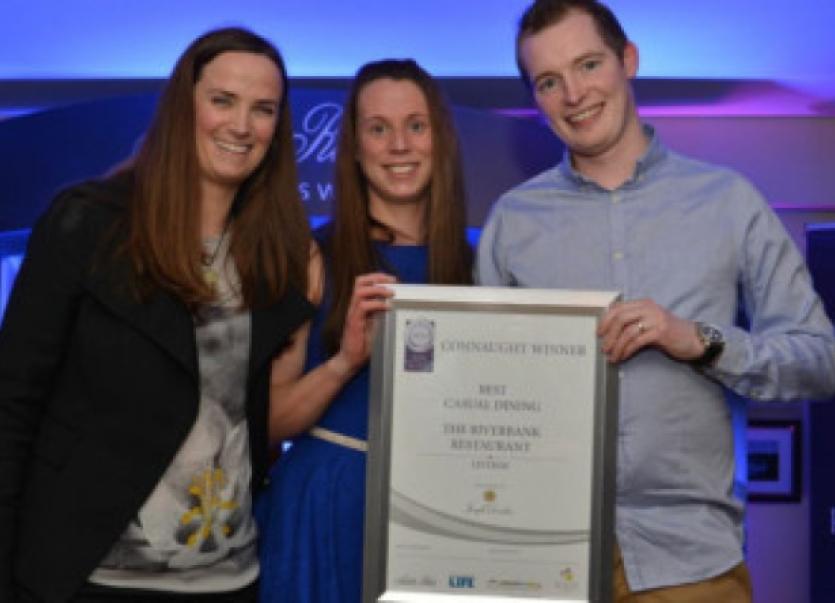 The Cottage Restaurant, Jamestown was once again crowned winner of Best Restaurant in Leitrim at the Connaught Regional Final of the Santa Rita Irish Restaurant Awards 2013.

The Cottage Restaurant, Jamestown was once again crowned winner of Best Restaurant in Leitrim at the Connaught Regional Final of the Santa Rita Irish Restaurant Awards 2013.

The awards, which took place in The House Hotel in Galway last night, named the top restaurants in Connaught for 2013.

The Cottage Restaurant which also won Best Chef for owner Shamzuri Hanifa was announced as one of the Connaught winners with Eala Bhán in Sligo, The Yew Tree in Roscommon, An Port Mór in Mayo and Aniar in Galway.

Locally Hargadons and Source were awarded in Sligo and The Purple Onion, Brunos and The Abbey Hotel received accolades in Roscommon. Over 270 restaurant owners and staff celebrated their hard work and achievements last night, which saw many well-known restaurateurs of Connaught turn out to see if they had won one of the prestigious awards.

All county winners now compete for the regional and all Ireland titles at the main event, taking place in The Burlington Hotel in Dublin on Monday, 10th June. There are three components to the next stage of the winning process a Mystery Guest Visit (55%), National Awards Academy (35%) and Menu Judging (10%).

Chief Executive of the RAI, Adrian Cummins said, “Each year, the Irish Restaurant Awards cast a spotlight on the brightest and best players on the Irish restaurant scene. This year the nominations went online for the first time and we got a spectacular response from the public as nominations doubled and we received 10,000 votes for Ireland’s favourite restaurants, chefs, gastro pubs, hotel restaurants and customer service experience.”