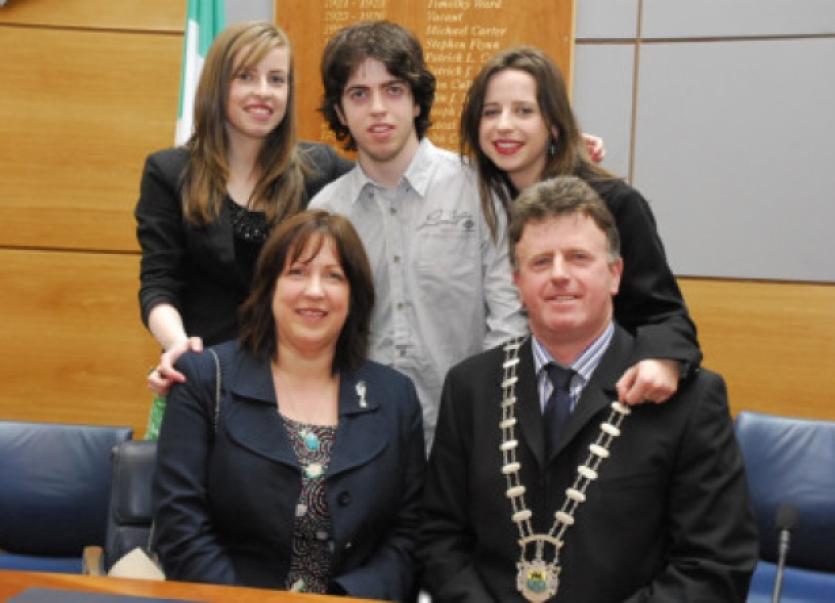 In an unopposed vote, Cllr Sean McDermott was elected to the position of Cathaoirleach of Leitrim County Council last Monday.

In an unopposed vote, Cllr Sean McDermott was elected to the position of Cathaoirleach of Leitrim County Council last Monday.

Describing his election as a “great day for myself, and my family,” the new Cathaoirleach acknowledged that the honour was “something beyond my wildest dreams”.

“I never imagined that I would be here in this seat,” he admitted, noting that he was not the first Glenfarne native to hold the honour of this position.

“He (Cllr Charlie Cullen) was Chairperson and I hope to be able to live up to his high standard and I hope that I can do justice to the role of Chairperson over the next 12 months.”

Speaking on issues dear to his heart, Cllr McDermott said he had lots of plans he hoped to see bear fruit over the next 12 months.

“North Leitrim has huge tourism potential but that potential really hasn’t been realised. I hope that, with the centenary celebrations for 1916 now approaching, all agencies in the county and beyond can focus on creating something we can proud to leave behind in honour of (those men and women),” he said.

The new Cathaoirleach also reiterated the need for a hotel in North Leitrim and said that, despite the economic climate, such a facility was “more vital than ever” in securing more tourism.

Paying tribute to the Council for their proactive work on the N16, Cllr McDermott also expressed his hope that further investment could be secured to carry out essential safety upgrades on this stretch of road in the next 12 months.

“I’m very glad to be here and I’d like to thank my family and my neighbours who have come to witness this and my fellow councillors here today, especially Cllr Frank Dolan for nominating me and Cllr John McTernan for his second. I am at a bit of a disadvantage as I can’t sing or dance like the last Cathaoirleach,” he quipped, “but I am very proud to be here and I pledge to do my very best for the County and the people of Leitrim,” he said.

Fianna Fail’s Cllr Tony Ferguson led the tributes to Cllr McDermott noting he took an additional sense of pride in this election as Sean was one of his former students. “I have no doubt that you will do us proud,” he told Cllr McDermott.

Fine Gael’s Cllr Enda McGloin offers his best wishes noting that “you have a very busy year ahead of you” and good wishes were also offered by councillors Gerry Dolan and Martin Kenny.